Story from Kane 12 by Dave Carney 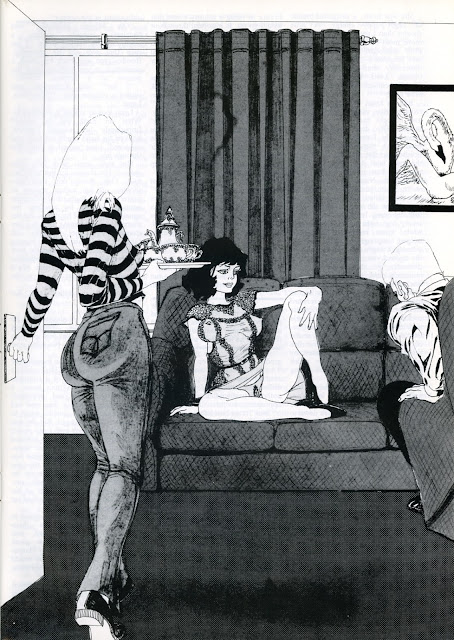 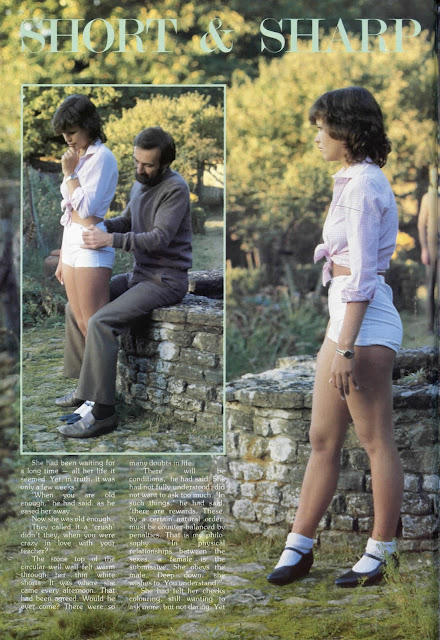 She had been waiting for a long time — all her life it seemed. Yet, in truth, it was only a few weeks.
‘When you are old enough.’ he had said, as he eased her away.
Now she was old enough.
They called it a ‘crush’ didn’t they, when you were crazy in love with your teacher?

The stone top of the circular well wall felt warm through her thin white shorts. It was where she came every afternoon. That had been agreed. Would he ever come? There were so many doubts in life.
‘There will be conditions,’ he had said. She had not fully understood; did not want to ask too much. ‘In such things,’ he had said, ‘there are rewards. These, by a certain natural order, must be counter-balanced by penalties. That is my philosophy. In physical relationships between the sexes, a female is the submissive. She obeys the male. Deep down, she wishes to. You understand?’ 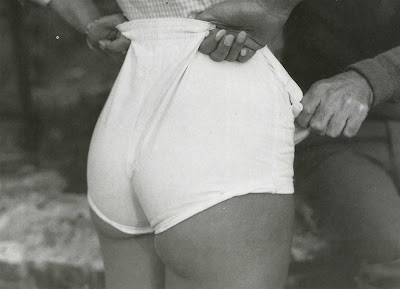 She had felt her cheeks colouring, still wanting to ask more, but not daring. Yet desperate for contact.
Still she waited. Would it be that afternoon? Next week? Ever? Perhaps he had simply dismissed her from his mind as a naive child. Not ready.
Yet she was!
Then she heard firm footsteps on the gravel path. She dare not turn. Her heart hammered; her whole body glowed. This she suddenly knew, was the end of her waiting. 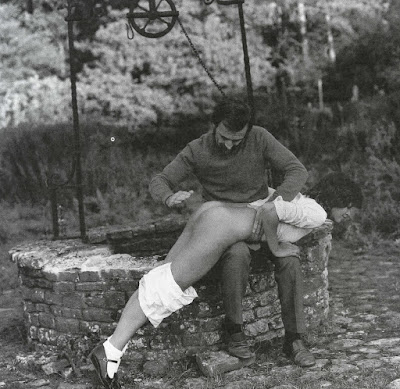 ‘Claire. I promised…’
The glowing within her intensified. ‘Ohh… sir…’ She was back in the classroom. Ridiculous.
Now she was old enough.
‘You remember?’
‘Yes… yes… Andrew…’
‘Everything? My philosophy? My demands?’ 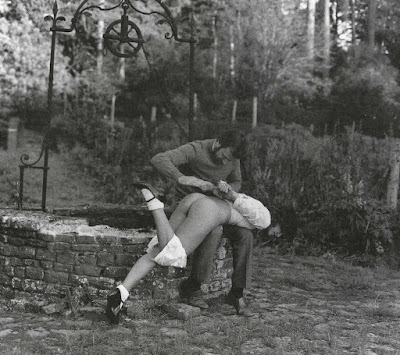 ‘Yes… yes…’ They were facing each other across the ancient well. She was trembling. He came around, slowly and easily, then clasped her flanks.
‘These you will remove. You will do it now, Claire.’
‘Oohh!’ This was too soon. Surely?
‘You disobey me, girl. Already. You will recall, between us, that disobedience must be punished?’ 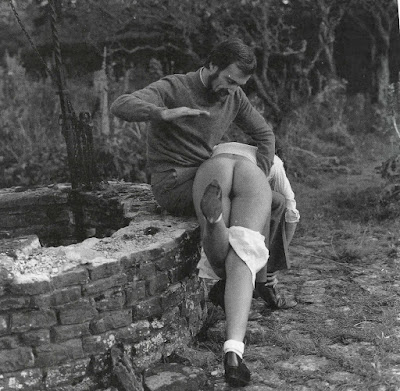 She was hot; then suddenly shivering. Wanting him to master her; yet quaking with fright.
His hands moved with authority. He was gentle but firm. There was nothing but the thin shorts. Perhaps that was a symbol of her basic desire.
Then she was suddenly quite naked below the waist. She was his; nothing concealed.
‘Oh Andrew…’ 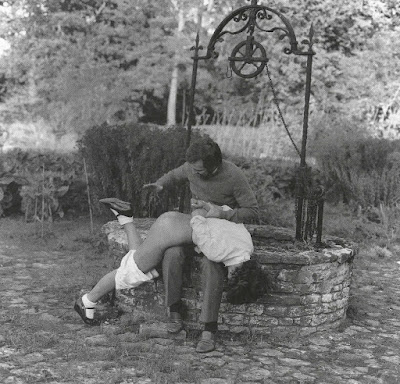 ‘I told you — long ago — there must be submission,’ he said quietly. ‘Obedience. You do not seem to have accepted that.’
‘Yes… oh… yes!’ Oh how she longed for him!
‘So now, not this time, there will be no reward. Simply the penalty. I ask again — you remember my philosophy?’
‘Yes, I remember…’ 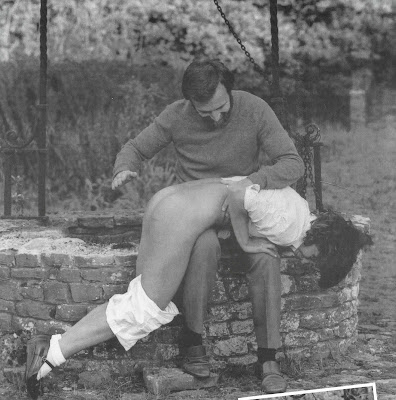 Then suddenly, she was over his knees. Her arms were back, her wrists were clasped.
A blaze of pain seared over her bottom-flesh as his palm descended. Again and again and again.
She choked on her cries.
She would endure. His philosophy must be the true one. She must demonstrate that. Oh Andrew… my adored! 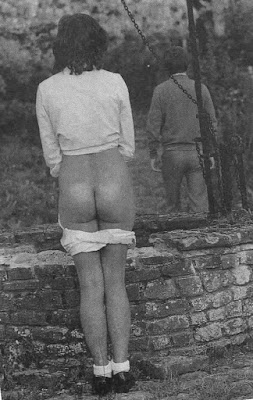 But… ooohhh… ooohhh… the pain!
This was Master and pupil.
This was the penalty.
One day there would be the reward.
How long would she have to wait for that? 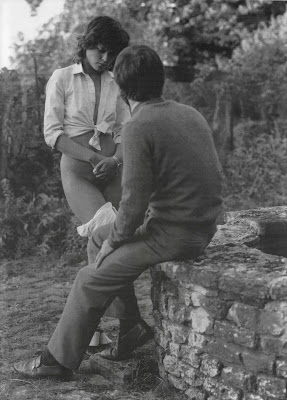