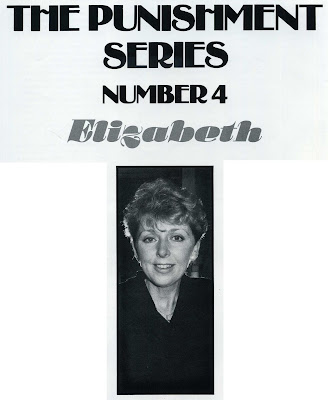 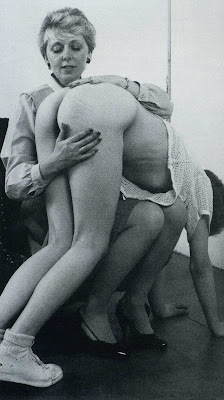 JANUS: How did you feel when you were waiting for the first stroke? Can you remember?
ELIZABETH: Terribly excited.
JANUS: That you were going to get caned?
ELIZABETH: Yes, I was very excited about it.
JANUS: Did you feel as excited after the first stroke fell? What did you feel then?
ELIZABETH: I felt pain, real pain but at the same time I was still excited wondering what else was going to happen to me, and it seemed that I wanted to know what each different instrument felt like. I wanted to try out the sensations from all of them. He used one after another of them on my bottom and I remember the different feelings that came from each of them, but the warmth that went through me from the first blow onwards was fantastic. Even afterwards as we all sat down, Arthur and I were in another world because he’d introduced me to my first taste of CP and it was a wonderful feeling.
JANUS: Were you very conscious that Arthur was watching you being ‘punished’ by his friend, and how did his witnessing it affect you?
ELIZABETH: The same then as now. For me it really added something extra. It is an essential part of the ritual because neither of us would practise CP without the other being present, apart from our Janus sessions of course. When Arthur watches me taking CP from another man it always gives the experience another dimension, which couldn’t be there without him. I love to be watched and I consciously become more exhibitionistic. It excites me to know that I am turning Arthur on, and I respond more and more to the beating. Even on that first occasion I felt myself being deliberately provocative.
JANUS: On that first occasion did anything of a sexual nature happen, apart from having your nipples played with and your bottom whacked?
ELIZABETH: No, nothing. Afterwards I just basked in the glow, which was more like an inferno!
JANUS: Was that a sexual stimulant for you?
ELIZABETH: Very much so, but it was really too much of a good thing because I had to wait to get all the way to Manchester and it’s an awful long way! We managed to control ourselves though I don’t know how!
JANUS: You relieved that frustration once you got home?
ELIZABETH: Oh yes!
JANUS: At this stage did you feel at all guilty?
ELIZABETH: Yes, I experienced different feelings on the way home. Disbelief at myself for letting it happen — I wouldn’t have imagined I could have done it. I was excited again at the idea that I had done it, and it was a funny mixture of feelings and also a feeling of ‘Oh my god, should I have done that sort of thing?!’ All this together, but Arthur told me that it was normal and that if I enjoyed it it was right!
JANUS: So how did the second occasion occur?
ELIZABETH: Well, with Arthur. After finding that it was the right thing to do and that it was a turn-on, it became part of our life. So it was an immediate buying of a cane. The cane came into the house and it has stayed there ever since. Arthur caned me, and he has been caning me regularly since that very first time — and I love it! I’ve also been to other places and had it there. We went to a party in Kent once, where I was slightly initiated.
JANUS: What is your basic feeling when you are being caned by Arthur? Do you use CP as a prelude to sex, a substitute for it or as a moral thing?
ELIZABETH: A prelude to sex. It is an erotic thing. There is nothing else in it for me apart from the erotic aspect.
JANUS: Would you say the same feelings apply to your husband?
ELIZABETH: I would say so, yes.
JANUS: So after a late start, and nine years of your marriage passing before your husband introduced you to a third party, you have now had a number of experiences of CP and they have all really been on an erotic level?
ELIZABETH: Yes, definitely. 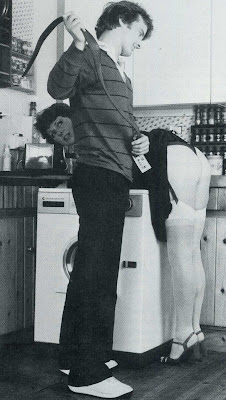 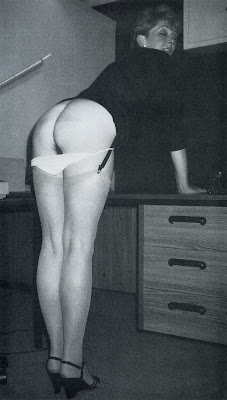