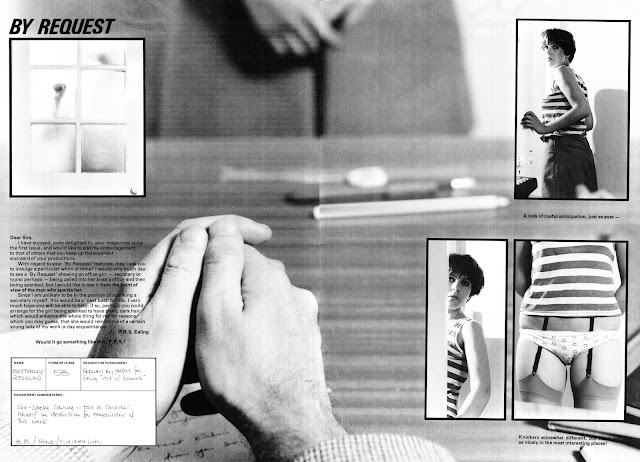 Dear Sirs,
I have enjoyed, even delighted in, your magazines since the first issue, and would like to add my encouragement to that of others that you keep up the excellent standard of your productions.
With regard to your ‘By Request’ features, may I ask you to indulge a particular whim of mine? I would very much like to see a ‘By Request’ showing an office girl — secretary or typist perhaps — being called into her boss’s office and then being spanked, but I would like to see it from the point of view of the man who spanks her.
Since I am unlikely to be in the position of spanking a secretary myself, this would be a ‘next best’ for me. I very much hope you will be able to help; if so, perhaps you could arrange for the girl being spanked to have short, dark hair, which would enhance the whole thing for me for reasons which you may guess, that she would remind me of a certain young lady of my work-a-day acquaintance.
P.R.S. Ealing
Would it go something like this, P.R.S.? 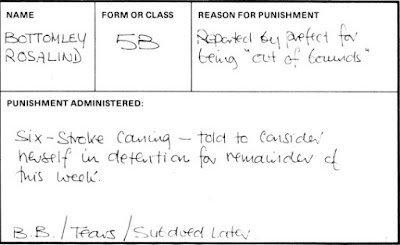 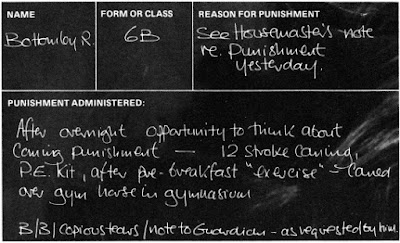 The book containing these foregoing entries and many others, lies on Mr Fowler’s desk; before his palm’s most recent encounter with a plump teenaged bottom he had been reading through it, refreshing his memory of the girl when she had been a pupil at the school.
A compulsive need to document events has prompted the headmaster to open this present term’s Record of Punishment book at this day’s date and draw a line under Woodford, J.P., form 6B — six stroke caning, see appended note from form mistress.
He writes ‘Bottomley, R’ and hesitates over the column headed Form or Class. After a moment’s deliberation he sets down the words ‘Assistant School Secretary’ one above the other in the narrow space provided.
Under Reason for Punishment he notes, ‘Lack of application in respect of work allocated, i.e., letters to be typed, pupils records to be updated, etc.’
Punishment administered. He writes ‘Bare-bottom spanking’, and after a dash adds a cryptic, ‘15, C.L., A.A.’ (She was spanked for fifteen minutes, during which she Cried Lustily but Accepted his Authority).
Needing to feel that he has left nothing undone which he ought to have done, the headmaster sets down a pair of parentheses at the end of his note and puts inside them; ‘Age 17/3 months’. Under this he inscribes an asterisk, and illuminates this mark with a somewhat superfluous ‘N.B. See letter on file giving in loco parentis authorisation to punish, together with Guardian’s first application for enrolment, dated —’
He can’t be sure what the date would have been; it was several years ago. Neither is he sure that a parent or guardian’s permission to punish a pupil actually entitles him to chastise an assistant school secretary, even if she is the same girl but a bit older. Never mind; she’s still a juvenile and a year at secretarial college won’t have convinced her uncle — not he, who was always anxious that the girl should be thoroughly disciplined as a schoolgirl — that she’s grown out of the need for a smacked bottom just yet! 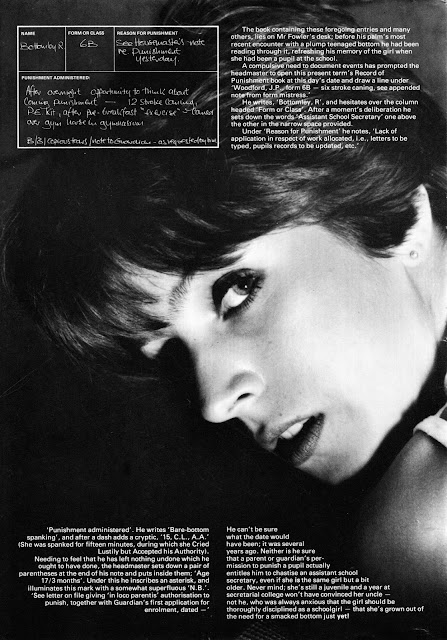 The headmaster dithers over whether or not to commit the one last item of information to this official record; his compulsive urge to record everything almost gets the better of him, but his professional caution makes him baulk at the words, ‘dealt with further, post-chastisement’, which would mean something to him but might also lead to awkward explanations if the note were ever picked up by some authorised person. 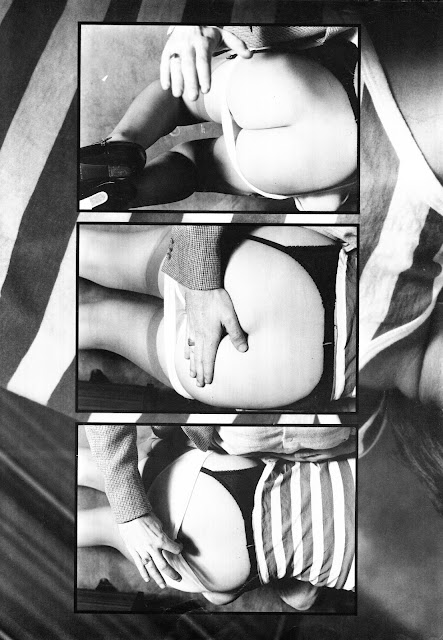 No, he’ll confide it to his diary only, for of course, he keeps a diary. He closes the Record of Punishment book and leaves it on his desk. He locks his office and goes off to supper, trying out phrases in his mind. ‘Disciplined sexually?’ Will he be able to remember what he meant, when he re-reads his diary in ten years’ time. Could mean a lot of things. Something more direct, perhaps: — ‘Intercourse ensued?’ Too clinical, misses all the flavour. No, he’ll have to think of something more evocative altogether — 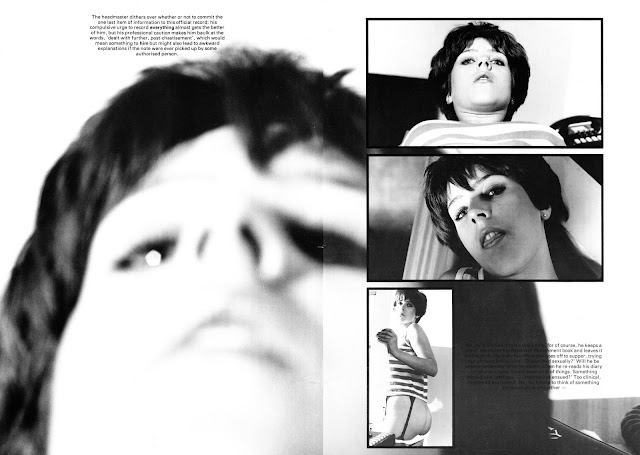 Email ThisBlogThis!Share to TwitterShare to FacebookShare to Pinterest
Labels: Blushes, By Request..., Correspondence