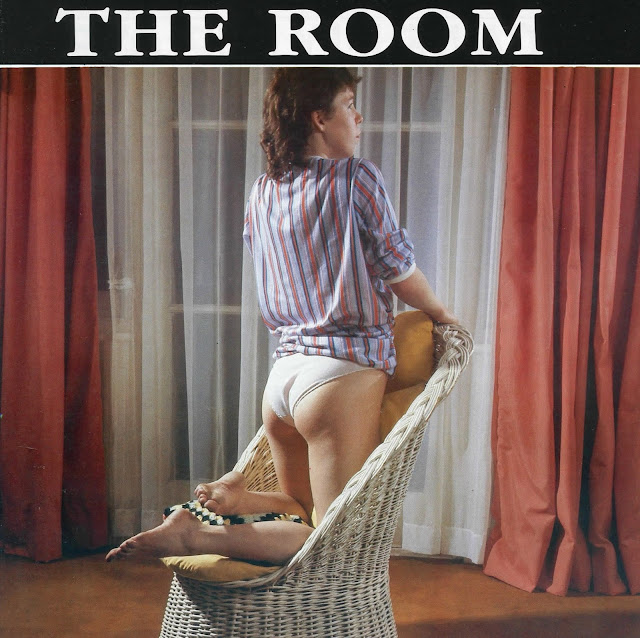 Sandra hated this room. She hated the chair that had been sent in even more. She was never allowed to be in this room except for one purpose. Allowed! She would have preferred to avoid it at all costs. To be ordered to come into this room would always have the same inevitable result. It was as though the room itself had a mystic air that wrapped itself round her and made her defenceless against the things that would happen to her when she was in it.
And that chair! Awful was a word that she found easy to summon to mind when she was in the embrace of the wicker-cane chair.
The room and the chair combined reduced Sandra to a helpless state of perfect obedience whenever she had been considered naughty and was in need of corrective punishment. She even knew when she had been misbehaving and the silent man who was in charge of her correction seemed to expect her to respond to the unwritten rules of procedure on how she had to prepare herself. Not to consider her own comfort but always to be aware of the fact that she needed this discipline. Perhaps she did. She was not too sure why she needed to expose herself in the precise way that she did. But it was all written down in the booklet that she had received when she first came here.
She had not meant to speak to the woman next to her at supper. But her voice had carried the length of the room and had been heard by one of the instructoresses. It was sufficient to make the uniformed woman look at Sandra. Sadly, Sandra thought, and she had shaken her head. The following morning, on her chair next to the bed she had seen the striped blouse and the brief panties. No other message had been necessary. The garb was in itself a command, an order to attend the room immediately after breakfast.
As soon as she had bathed her shapely young body, Sandra dressed in just the two garments. No stockings, no shoes, no brassiere, just the striped blouse and the short cut panties. Now she could feel the tension rising inside her smooth flat tummy. Although she hated the room and the chair, she could not disguise the fact that there was now inside her body a strange excitement… and emotion that she knew she should not be feeling. Such feelings of warm glowing pleasure were not allowed. This room and the chair seemed to strip bare one’s very soul and exposed a person like Sandra in stark naked revelation. 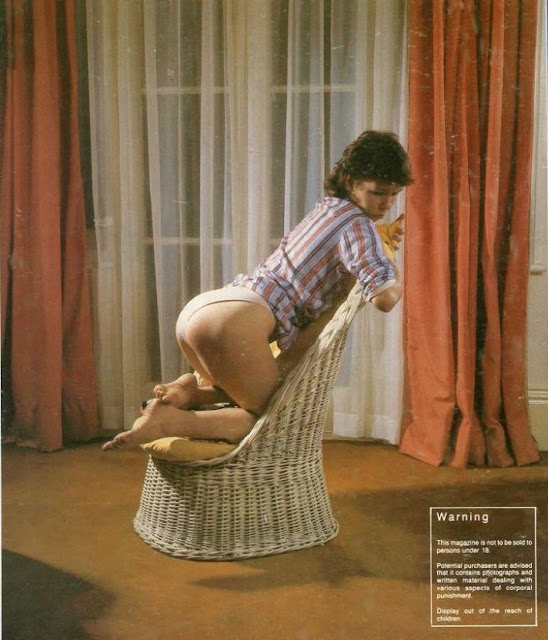 She slowly approached the wicker cane chair and knelt upright on the seat… she felt as though the chair was able to embrace her as small shocks rippled up from her knees and up her thighs. Trembling waves of excitement were soon invading the very core of her body. As though to make closer contact, she bent her body and the two soft orbs of her bottom eased back further and further. It was a ballet… a silent ballet of movement and Sandra let her bottom take on a fully thrusting pose until the brief cut panties were stretched and forming a tight scarf of cloth so that the two cheeks were soon fully displayed.
She weaved her hips round and round as though she was acting to music. Her breasts beneath the blouse were pushed hard against the back of the semi circular patterned chair…
She heard the door softly open and then close. She did not turn to see who had entered but continued her gentle writhing movement… her nipples were hard… so sensuously hard that they were almost painful with the aching to be touched and petted. Perhaps he would understand how she felt and he might help to alleviate the hungry pressure of her body. When he took her arm, she meekly removed her knees and watched him sit down… silently she stood as the tight fitting panties were eased all the way down to her ankles. Without a sound, she lifted her feet, one foot at a time so that the garment could be removed. As she stretched her torso over the waiting lap, she felt his hand slip between her legs and kept them open so as not to hinder the progress of his fingers on her now very excited vulva.
She waited expectantly and still in silence as the hand felt and teased the soft lips now responding to a sweeter excitement… soon she would feel the spanking hand on her waiting bottom.
Not once did she attempt to relax the full thrust of her bared bottom… that would never do… then the first sound of his palm striking her soft cheeks filled the room… Sandra did not cry out… she did not protest because such responses were disallowed … such reactions were severely frowned upon. Anyway, she did not want to stop the hand from feeling between her legs and she did not want to stop the palm smacking the naked cheeks of her backside.
She pushed her own hand beneath the loose waistband of her blouse to cup her turgid-nippled breasts in her own palms … she knew he would continue to spank her until the sweet thrilling and boiling juices spilled from her body… it would happen soon… oh but please, not too soon… not yet… she wanted to stay here forever… or as near as forever as she possibly could.
Yes, she hated this room… she hated it because it stripped a woman’s character down to barest bones and left no secrets at all.