I’m sure you’ll be familiar with Firm Hand Spanking with their vast library of short films with beautiful models being punished. Before they settled on the short film format, however, Firm Hand produced a number of longer films which they no longer feature on their site (I assume due to the poor production quality). I’m rather fond of these older films and I’ll post a few. Thong panties are quite a feature in most of them. 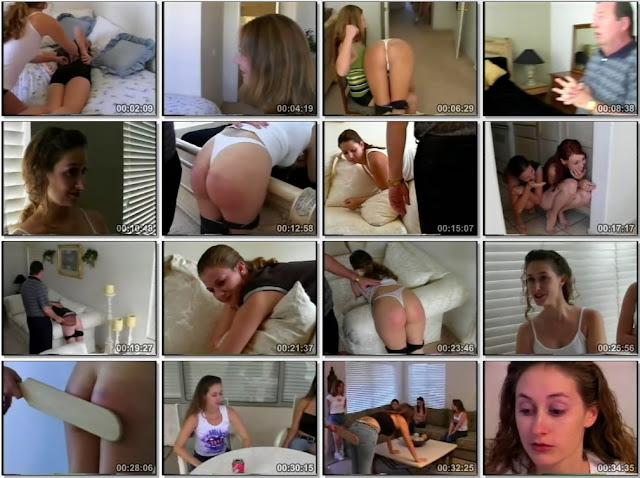 Here’s the first one, which features FHS stalwart Shannon Carson plus Ashley Sanderson, Jessica Maclean and Kelly Ward none of whom ever made any shorter films.
Part 1:
Part 2:
Part 3:
Part 4:
Posted by Fleas63 at 06:00