The Blonde on the Bar

Obedience is not a natural trait of Radka’s character. The 22-year-old Hungarian girl requires regular training at the bar to help her iron out certain flaws and defects in her behaviour. When she wants to be good she can very very good to her boyfriend, but unfortunately that’s not the whole story. 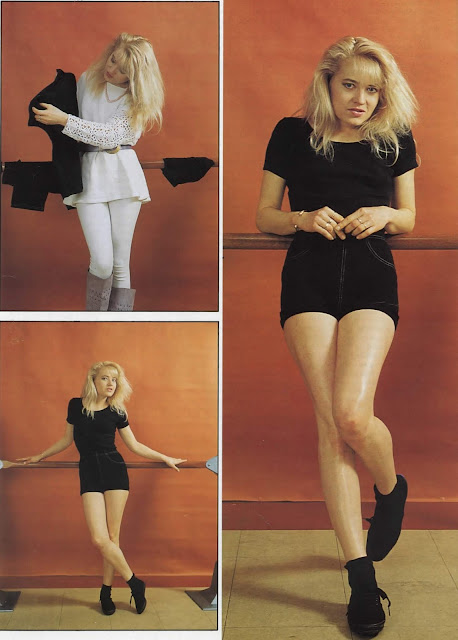 Radka is very sensitive and easily upset, and there is definitely a kind side to her nature. She is an intelligent and beguiling girl, but inconsistent and unpredictable.

She is a moody miss at the worst of times, and can be wilful, wayward, vain and selfish, even sulky and deceptive. 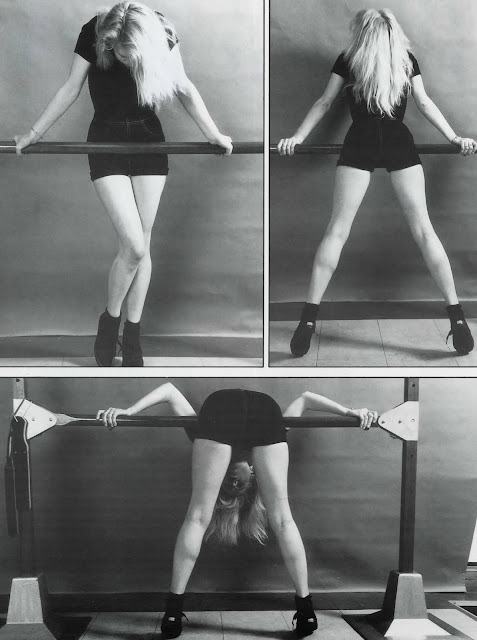 Occasionally she disappears without warning, returning after a day or two as carefree as can be. Other faults she admits include travelling on trains without a ticket (her boyfriend had to pay her fine when she was caught not long ago) and ‘taking little things from friends’ houses — I don’t feel guilty about it, I feel adventurous!’ 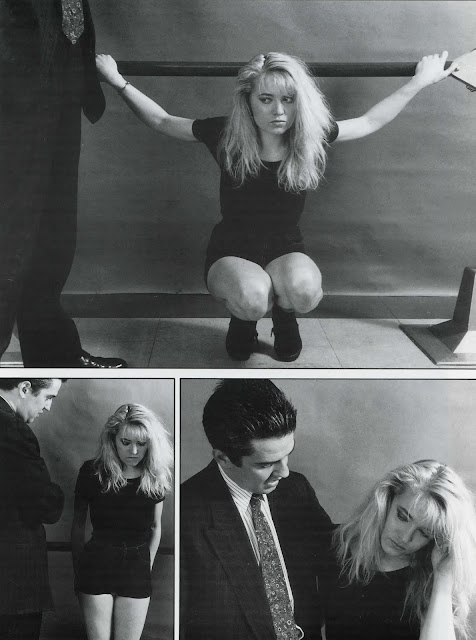 Apart from these bad habits, Radka is quite lovable. She can be an angel, and she can be an absolute pain in the arse. 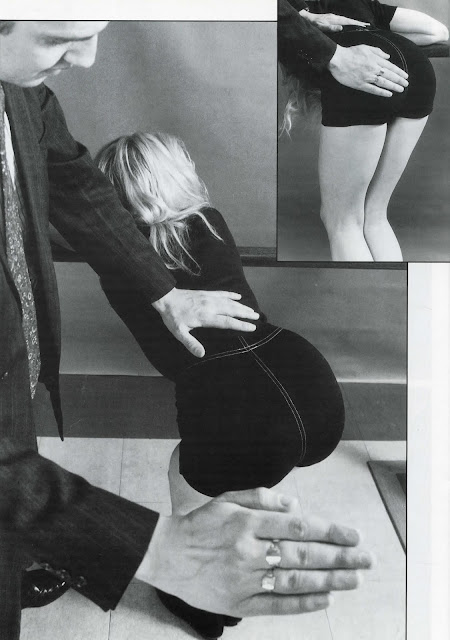 Then there’s no obvious answer but to pop her back into her black athletic outfit which so tellingly reminds her of the exceptional strictness of PE sessions in her youth, before she came to Britain. 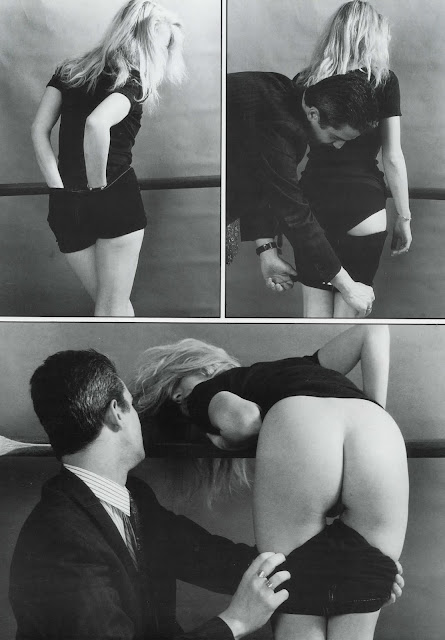 She speaks quietly, in perfect yet quaintly accented English. It’s amazing how her voice changes to a pipsqueak when David tells her it’s time to change her clothing. 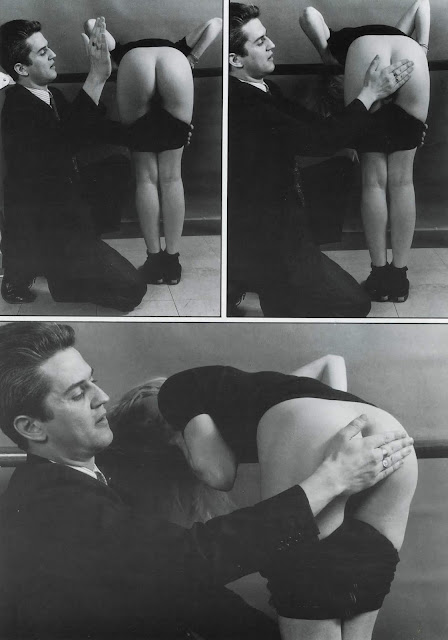 She had to promise to obey this order when she moved in with him, and from past experience she has learned not to argue at this stage. 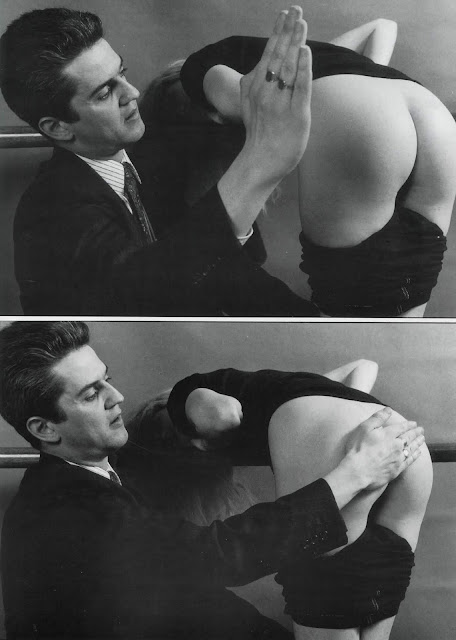 Even she admits David is fair. The thrusting young executive never spanks or straps her harder than she can bear, though when he has finished with her bottom it ‘really, really stings’. 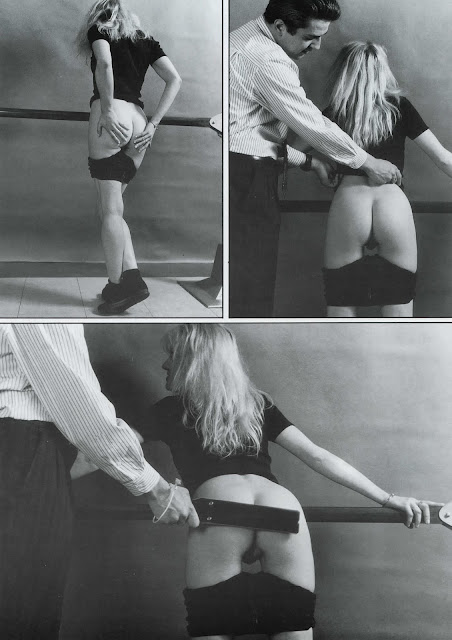 During her spankings over the bar, Radka often pleads: ‘I promise, I’ll never be naughty any more… I promise!… Never naughty again…’ 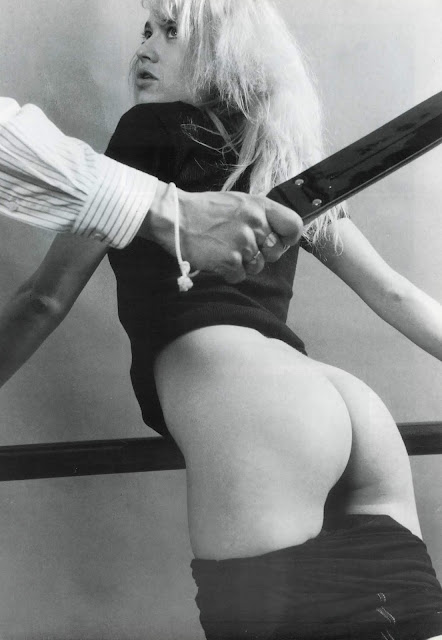 These whining squeaks are like a beautiful violin melody accompanying the vigorous rhythmic percussion on her buttocks. 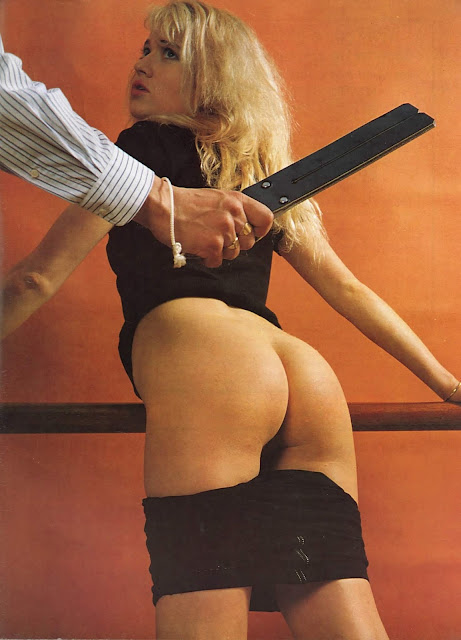 And after her boyfriend has punished her? ‘I’m very good to him,’ Radka giggles, so softly we can hardly hear. 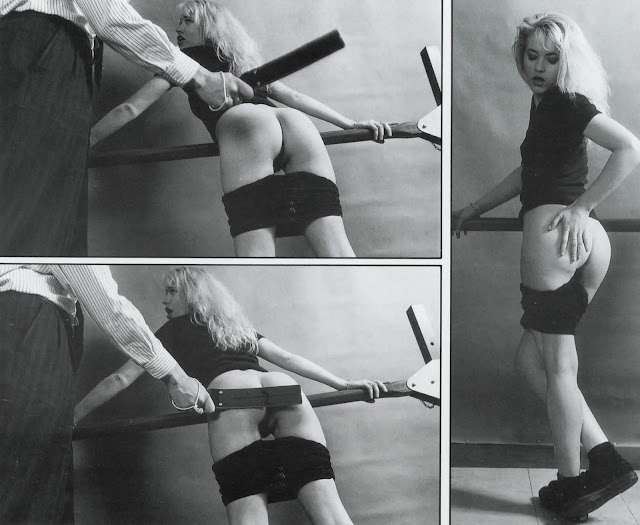 She smiles, then whispers, as though confiding the most wicked secret in the world: ‘We make love.’ 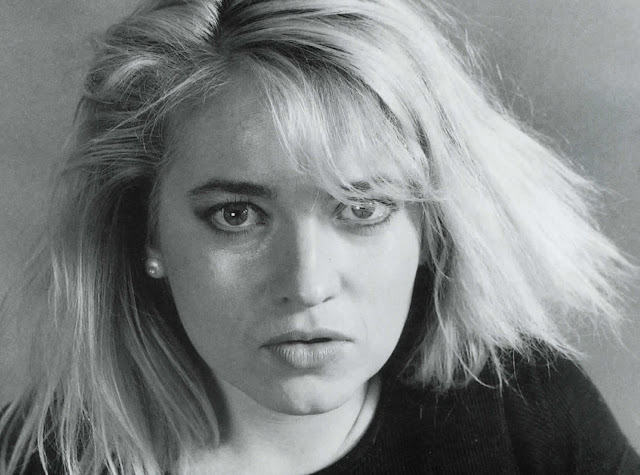 Radka returns in The Blonde on the Bed.