A great video from Strictly English featuring the sexy Rebekah Jordan, who clearly has some experience as a table-dancer. 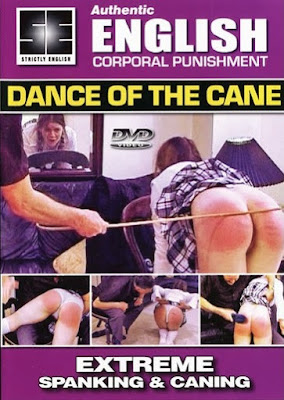 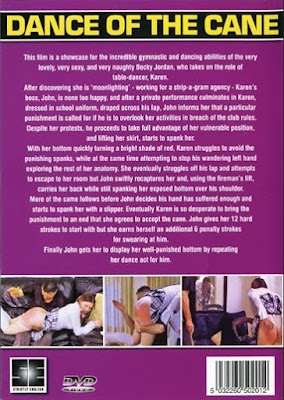 This film is a showcase for the incredible gymnastic and dancing abilities of the very lovely, very sexy, and very naughty Becky Jordan, who takes on the role of table-dancer Karen. After discovering she is ‘moonlighting’ — working for a strip-a-gram agency — Karen’s boss, John, is none too happy, and after a private performance culminates in Karen, dressed in school uniform, draped across his lap. John informs her that a particular punishment is called for if he is to overlook her activities in breach of the club rules. Despite her protests, he proceeds to take full advantage of her vulnerable position, and lifting her skirt, starts to spank her.
With her bottom quickly turning a bright shade of red, Karen struggles to avoid the punishing spanks, while at the same time attempting to stop his wandering left hand exploring the rest of her anatomy. She eventually struggles off his lap and attempts to escape to her room but John swiftly recaptures her and, using the fireman’s lift, carries her back while still spanking her exposed bottom over his shoulder.
More of the same follows before John decides his hand has suffered enough and starts to spank her with a slipper. Eventually Karen is so desperate to bring the punishment to an end that she agrees to accept the cane. John gives her 12 hard strokes to start with but she earns herself an additional 6 penalty strokes for swearing at him.
Finally John gets her to display her well-punished bottom by repeating her dance act for him.
Part 1:
Part 2:
Part 3:
Part 4:
I’ll post the conclusion of the video next week.
Posted by Fleas63 at 06:00

Email ThisBlogThis!Share to TwitterShare to FacebookShare to Pinterest
Labels: Video