From Blushes 22, a follow-up to the previous posting. 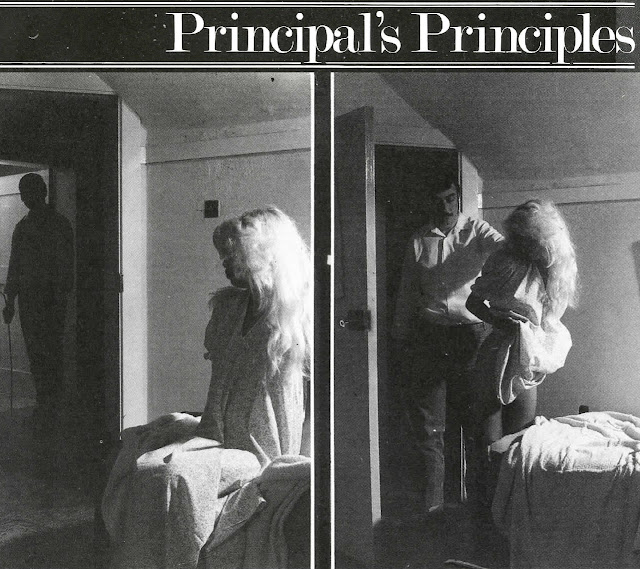 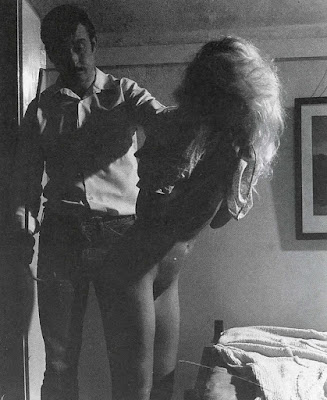 ‘Untidiness will not be tolerated here, Lucy,’ he said in his harsh ‘punishing’ voice. ‘You’re going to learn that now. Once and for all.’ He saw the blonde head bowing down and noted the tension in that slim body. The afternoon’s weals were very faint already. Perhaps he had gone too easy? He lashed the cane down amidst the pale pink tracery to raise a far more vivid stripe.
The girl gasped and gasped (just as if she had been thrust under a cold shower). She shuddered convulsively, twisting from side to side. The gasps ended in a low moan, the head drooping lower.
Again! Just as hard. Oh what a joy it was to give it to a girl like that! To make her squirm uncontrollably. To hear those breathless gasps. David had long since given up trying to deny the pleasure he got. He and his conscience had come to a convenient compromise.
Again! Oh you little beauty, squirm then… squirm! Lucy certainly did. A yelp of pain, this time, preceding her gasps. How many am I going to give her, the Principal suddenly wondered? Usually he told a girl beforehand. This time, he had omitted to do so. Therefore, it was open-ended. Quite simply, he would stop when he considered the girl had had enough. His prerogative. David suddenly decided it would be better to have Lucy kneeling and over the end of her bed. More of a curve to that tight little bum.
‘Get over the end of the bed, my girl. Bottom well up.’
‘O-oh… please, sir…’ David was aware that she was aware that she would thus be even more immodestly exposed.
‘Now… at once!’ he rapped out. One always had to be firm with these youngsters. If you allowed too much prevarication, you were lost. He watched the girl kneel reluctantly, satisfied at the degree of his control. The young bottom curved roundly; the cleft widened a little. Delightfully. The three fresh weals were very evident. 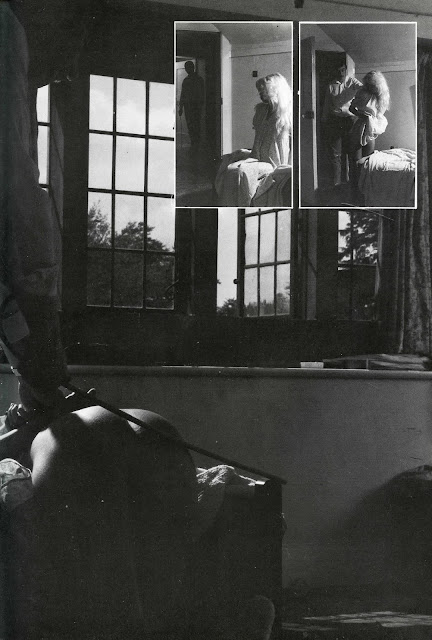 David measured her and resumed the caning. Now he took it very slowly. Perhaps one stroke every ten or fifteen seconds, thus allowing the girl to recover somewhat from the cruel pain he was inflicting. For David was caning hard. Not absolutely flat out but, say at three-quarters strength. Naturally, Lucy’s reactions explicitly demonstrated the level of pain she was having to endure (a level she would never have been capable of three months before.) She kicked out wildly, she threshed and twisted over the end of the bed, she flung back an arm in a vain attempt to protect herself. And, all the time, she sobbed and pleaded quite heart-rendingly.
But there was no rending of the Principal’s heart. From his rather biased viewpoint, the girl thoroughly deserved her punishment. Beyond that, of course, and far more important, he was enjoying himself too much!
‘Are you going to be tidy in future, Lucy?’ The cane whistled down… and bit.
‘Yeeeeooowww… ooowwww… oh… y-yes, sir… ooo… no more… no… more sir…’
‘Are you sure, Lucy?’ Keeping her waiting. Seeing that small rounded bottom flinching with dread. Still keeping her waiting. ‘Answer me!’ 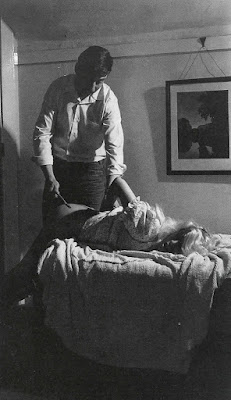 ‘Mmmmfff… mmmfff… yes… oh yes… sir, quite s-sure… no more… ooo… no more…’
Another hard cut. Oh my word, how it made that bottom bounce and twist! How those slim limbs kicked and splayed! And how delightfully she was forced to display herself!
Another wait. With her sobbing and pleading desperately. She was, he realised, nearing the end of her tether. Well, not surprising. He must have given her closer to eighteen than twelve. That was quite a lot for any youngster to take. Just a couple more then.
The Principal gave them to his errant ‘pupil’ in quick succession — really hard — slicing diagonally across the taut buttock-cheeks. Lucy, screaming, and clasping at herself, went writhing down on the bedroom floor. Now she was howling, rather than yelping, and, the Principal reflected, the sounds would send a chill through the heart of any other inmate who heard them. It was an indirect but efficient form of discipline. The howls became moans, but that weal-striped bottom continued to turn this way and that, twitching incessantly. Yes indeed, Miss Lucy Collins had learnt a proper lesson. 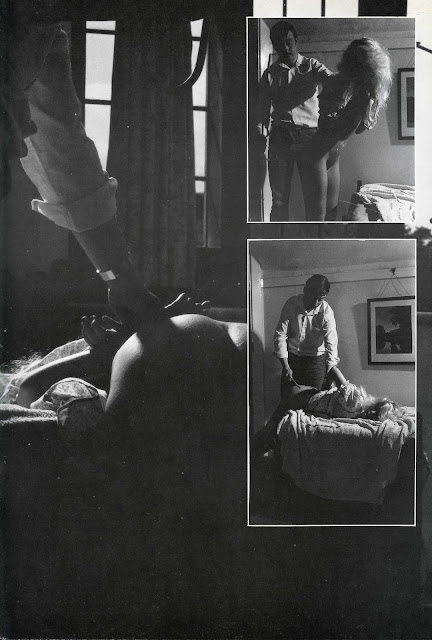 The Principal tucked the cane under his arm and turned through the door. Should he close it behind him? Might as well, he thought after a few moment’s consideration. After all, the girl certainly needed a bit of a rest.
And, who knew, he might well be back a little later.
To comfort her, shall we say?
Posted by Fleas63 at 06:00