Beauty and the Birch

Story by David Anderson from Janus 37. The reference in the story to ‘The Tisdall girl’ is an allusion to Sarah Tisdall, a Foreign Office clerk, who was jailed for 6 months in 1983 for passing information on cruise missile deliveries from the US, to the Guardian newspaper. 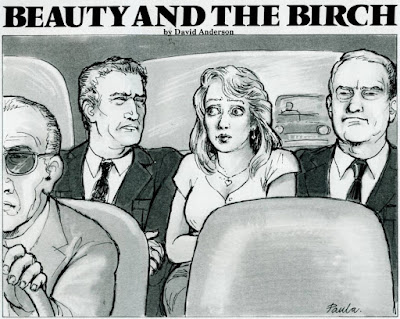 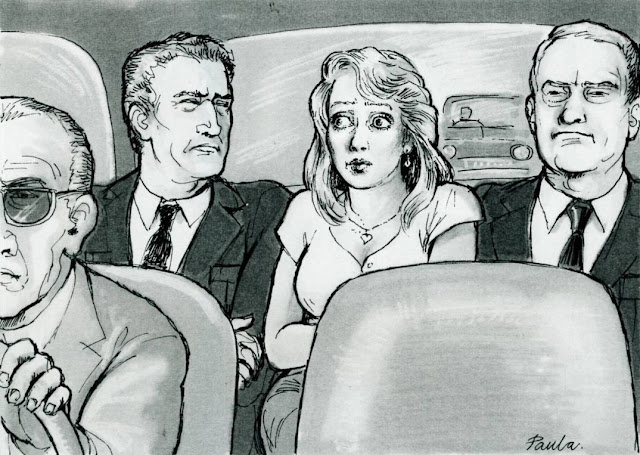 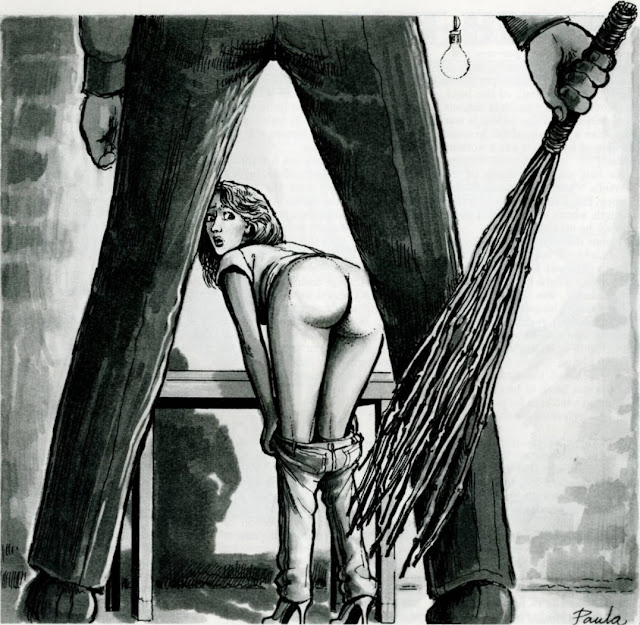 She was yelling fit to burst by the time the eighth stroke had lashed with wicked force into the centre of her naked, defenceless buttocks.
She was being flogged. There was no other word for it. No beating she had ever suffered as a schoolgirl could be remotely compared to the thrashing she was enduring now.
Through the haze of pain, and the blur of her copious tears, she dimly remembered the routine of her spankings and canings at school. The hardest strokes had just seemed to bounce off her bottom. Such a firm, resilient bottom that seemed to absorb the severest punishment and then come back for more. Even that never to be forgotten 12 stroke caning she received at the age of 18 on her bare bottom, laid on with full blooded force by her headmistress, had left her bottom scorched and welted, yet able to take a good hot slippering two evenings later with little more than the usual discomfort.
But the pain that was tearing into her buttocks now, this was more terrible than anything she had ever experienced or imagined. The ninth stroke met her arse with a force that nearly lifted her clean over the table.
And she had congratulated herself on her cleverness! She bit deeply into her wrist as the birch lashed into the middle of her upturned buttocks.
How clever she was to outsmart the Whitehall ferrets!
Then — the flaring agony as the twigs splayed across her wide, tightly-stretched bottom cheeks and bit deeply into the soft flesh, scorching it to Hades!
Her whole body bucked an inch or more above the table as pure pain lanced through her, then collapsed with a bone-jarring thump against the unyielding mahogany surface. The breath was driven out of her in great, wracking sobs. How much more could she endure?
She lay there, writhing like a worm on a fish-hook, fighting to control her frantically thrashing legs. Not realising that every lascivious twitch of her wriggling buttocks inflamed Armstrong to new heights of birching frenzy.
For Armstrong, it was as if the outside world no longer existed. This was the only reality. The shapely, writhing, squirming female bottom to be flogged and flogged until the birch disintegrated.
This is real, he kept telling himself. He saluted his heroes, those stern schoolmasters of old, who had wielded the birch with zeal. Yet none of them, he was triumphantly sure, had ever whipped so voluptuous a bottom as this!
Swinging the heavy bunch of birch twigs as far back over his right shoulder as he could reach, he allowed the convulsive movements of Jenny’s fiery bottom to subside slightly before sweeping the birch down and under to lash the very undercurve of her arse with a sharp series of whipping thwacks.
The girl’s anguished howls were the purest music. Her ravaged buttocks and thighs the most exquisite tapestry. So erotic in their churning, scarlet agony. Was that a dozen? Who cared! The whipping lust was on him now and he flogged those blazing, fierily stinging cheeks with renewed vigour.
The birch rods fanned as they sang through the air and splayed to cover the widest expanse of bottom at the moment of impact; each thin, sharp twig clawing into its own fleshy prize.
As for the state of Jenny’s poor bottom, none of her lovers would have recognised it now. The rich creaminess was an ugly mass of purple, red and violet blotches. The smooth, graceful curves were cruelly ridged. The silky texture was pitted and scored with countless tiny welts. The cheeks looked as if they had been attacked with a million tiny needles, or worse.
As swollen and livid as it was, her bottom was even more appealing to Armstrong. This was his handiwork, and he delighted in it. Was that twenty strokes she’d had? Damn it the girl could take double that. She had no choice.
Later, she was taken up in the elevator to the car that had brought her. Considerately, they allowed her to lie face down, her trousers still round her ankles, on the back seat before driving her to a private clinic where her harshly-used bottom would receive treatment of a more soothing kind.
----//----
The Colonel switched off the TV monitor, pocketed the tape cassette, and went through to join Armstrong in an interrogation room. They were far below the corridors of power in the building where Jenny had worked.
‘Good view, sir?’
‘Saw the lot, old boy. Spectacular isn’t the word. Damn fine show! You fairly flailed that little chit’s rump!’
‘What happens to her now, sir?’
‘Out of the country. We won’t fire her — too dangerous. We’ve fixed her up in a British Embassy in some far-off outpost.’
Armstrong smiled. ‘The sort of place where newshounds fear to tread?’
‘Exactly. And the kind of place where they lop off so many hands and feet that no one is going to raise an eyebrow about a well-whipped bottom —and she is well aware of that!’
Armstrong finished wrapping up what was left of the birch. He heard the Colonel cough behind him, an odd, guilty little sound.
‘I’ve had my eye on this girl in the Far East section.’
For a moment their eyes met and an unspoken message passed between them. Armstrong finished the Colonel’s sentence. ‘Sally Evans.’
‘That’s her, Armstrong. Bright girl. Should do well if she can be trained out of cheeking her superiors and broadcasting her liberal opinions.’
Armstrong nodded. ‘I’ll be down at my cottage this weekend, sir. I’ve a few birch trees that need pruning.’
Posted by Fleas63 at 06:00