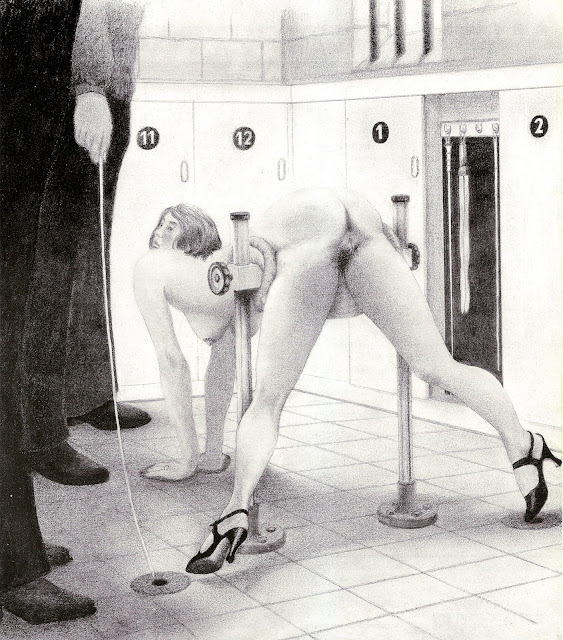 Her escort must have taken it from one of the cabinets. It was long, no thicker than a pencil, and her stomach seemed to sink as he flexed it in his hands.
‘Ready?’ he asked.
‘Ready,’ replied Mr Peters, standing back.
‘A dozen strokes to start with, I think.’
He stood back and tapped Lisa’s behind with the cane, making her flinch slightly as he did so. He drew back his arm.
As she heard the swish of the first stroke descending, Lisa realised, too late, what he had meant by decorating her behind.
Then the first blow struck, and the pain began…
Posted by Fleas63 at 06:00

Email ThisBlogThis!Share to TwitterShare to FacebookShare to Pinterest
Labels: Privilege Plus