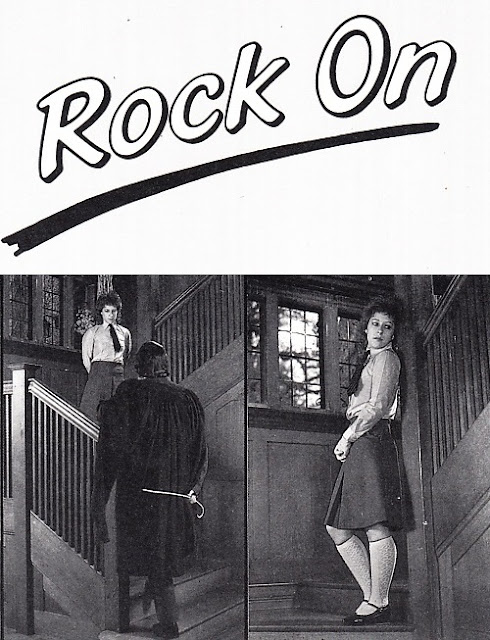 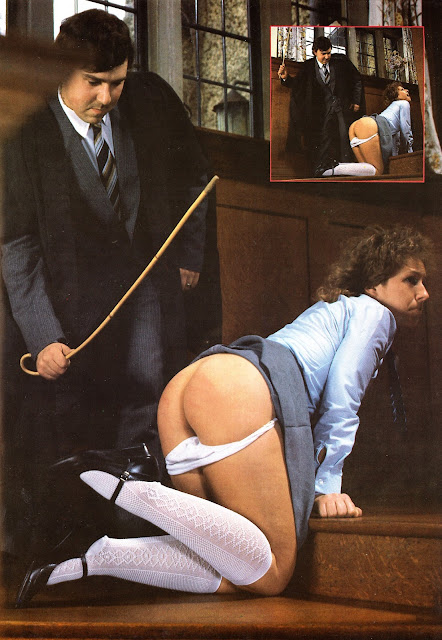 There was a satisfying if muffled impact, and a double red line quickly made itself evident the full width of both cheeks. It was joined by four more before Debbie, who had squealed with protest at each stroke, kneeled upright and caused him to lay the cane across the backs of her thighs.
Grabbing her right arm, which threatened to obstruct the throbbing rump before he had finished with it, he pinioned it behind her back while he administered a further three full-force strokes to complete her punishment.
‘Stand up and turn round,’ he ordered. Debbie, her face tear-stained and her right hand massaging her glowing tramlined buttocks, obeyed.
‘Lift up your skirt, girl.’ She pulled it up above her waist and tried to listen to what he was saying. But the pain of her welted bottom prevented concentration on anything else, including the embarrassment of standing naked from the waist down facing the man who had just caned her.
The lecture ended, Leslie turned on his heel and walked down the stairs and into the living room. Debbie, meanwhile, slumped in a dejected heap on the stairs, and wondered whether she had made the right choice after all.
In the living room, Leslie’s film studio friend grinned delightedly: ‘Spectacular, old love. What a bum, and what a whacking, eh? When’s the next show?’ 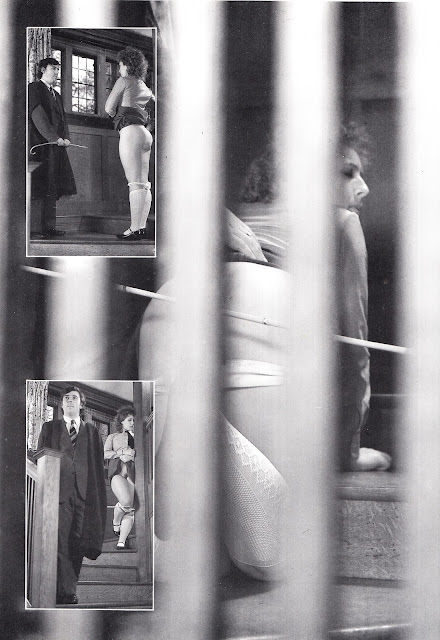