Story from Janus 18 by Evadne Richards
This story is about that time long gone, just after World War 2, when young ladies of a modest educational standard were sent to secretarial college. The girls were usually between eighteen and twenty-two and the disciplinary standards were quite strict. Reports were sent back to their guardians or prospective employers etc. if there was persistent lateness or their work was not up to scratch, and girls were kept back working overtime — a form of detention. After all they needed a diploma to get a job so they put up with it! 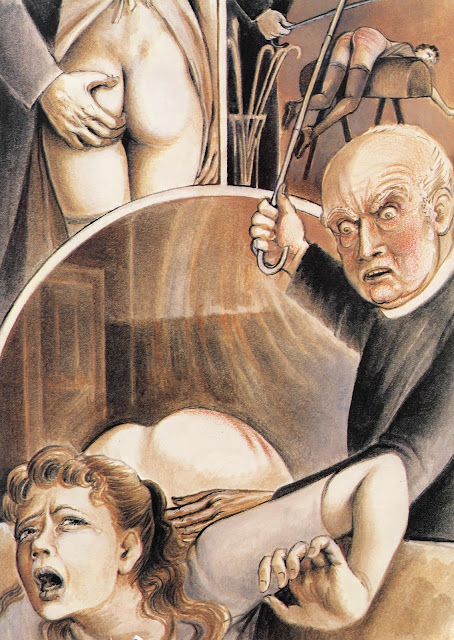