‘She will be in trouble soon, poor thing!’
Mildred and Annie were whispering, as they stared at the wayward stance and untidy appearance of their new classmate. They experienced a natural sympathy for any girl at the convent school who did not completely subscribe to the strict rules laid down; they themselves did not so subscribe. Why, the regulations were virtually Victorian, despite it being the 1920s! They continued to gaze at the rather delightful Ella Lukyn; they could not help hoping that she might unwittingly create a diversion in their dreary lessons.
The girls were standing in line for the thrice daily inspection of their personal appearance. The inspection was conducted by Sister Digna, a tight-faced nun approaching middle-age. She had been with the Order since girlhood, and stood no nonsense from her charges, even though they were of the age to be young ladies.
Sister Digna examined each girl from head to toe, her sharp piercing eyes missing nothing. In her hand, she carried a long rod with which she was wont to rap the knuckles of offenders who dared to permit their dress to fall below the high standards demanded by the convent. She looked critically along the row. All the girls were dressed alike in long black skirts, black woollen stockings with small boots, together with high-necked white blouses. 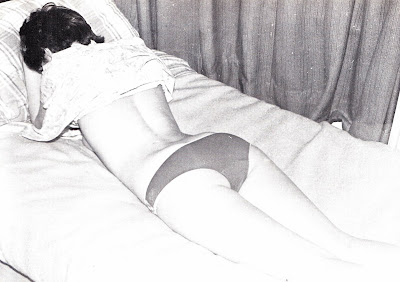 Was anyone spoiling this picture of uniform neatness?
‘Dorothy!’ Her voice cut through the air, her eyes trained on a tall girl. ‘You have a mark on your blouse!’
The girl automatically stretched out her hand; her knuckles were rapped sharply, causing her to wince with pain. Sister Digna requested the little book and pencil which each girl had to keep on her, and she inscribed a thick black mark. Dorothy’s friends peered across, aware of the consequences. Three black marks in the week meant a birching. It was the untidy Dorothy’s second for that week, and only two days had passed.
Sister Digna continued the inspection, dressed in her immaculate habit. Here and there, she employed the rod on the knuckles of a girl whose stockings were wrinkled, or whose skirt was not smoothed down in the manner befitting a truly modest young lady. Suddenly, she had stopped in front of Ella, the new girl. Hair pins stuck awry out of the girl’s low fair bun; her uniform was obviously newly purchased, but it looked as if it had already suffered a whole term’s use. The blouse was dirty and rumpled, and the skirt had creases, suggesting it had spent the night in a crumpled heap on the floor.
Sister Digna gazed at the sight with disgust. A grim expression crossed her face. She could see that the girl’s black stockings were obviously almost half-way down her legs. Momentarily the Sister was at a loss for words, but the titter from Ella’s classmates quickly brought her to a decision. Ella Lukyn might be a new girl, and hence deserving of a little leniency, but she must also be made aware of the discipline necessary for such girls as herself.
Sister Digna ordered the slim, rosy-cheeked seventeen-year-old into the centre of the room. Ella’s hands were slouched behind her. The girl had been furious at her parents’ decision to send her away to a finishing school; consequently, she determined to reap as little of the desired benefit from it as possible. She glared resentfully at Sister Digna. Only after a moment’s rebellious silence did she hold out her hands as instructed. The rod swung down on them forcefully four times.
Ella was immediately ashamed of the tears which she felt springing to her eyes, knowing that the other girls were watching her being punished. Two black marks were entered in her little book, and she then returned to her place, a flush of humiliation covering her countenance.
At the end of the first week, Ella received as severe a birching as any other girl would have received, who had chalked up so many black marks. And the birch itself left its own set of marks. This was an almost unheard-of event for a new girl, since Mother Superior possessed a slight weakness for any girl wrenched so recently from her family and friends. But then it was also unheard of for any new girl to behave quite so badly!
For the simple acquisition of black marks, Mother Superior did not in fact thrash the girls so severely and thoroughly as for individual and more positively evil misdemeanours. Even so, Ella found the experience an exceedingly painful one, for she was not accustomed to such treatment from her father.
When she had lined up with the other girls awaiting the punishment before the door of Mother Superior’s room, the moons of her posterior were quivering against her drawers.
Indeed, what a picture this line of eight nervous wrong-doers presented! All were dressed exactly alike in their uniform black and white; and each girl had that uniform at its neatest. An attempted look of penitence was upon Ella’s face, in the hope that it might soften the heart of Mother Superior. It was, alas, a heart which had been hardened long ago against such ruses.
Each girl entered the room in her turn. The sound of her cries from within produced a chastening effect upon the girls still waiting. The fear within Ella grew, and she shuddered at the sight of the girls as they re-emerged, observing with horror their dishevelled figures and the blotchy marks of tears upon their cheeks.
Being the new girl, Ella was last in the row. She saw her companions being shepherded away by a stony-faced nun to make sure that they remedied the defects in their appearance. For, after the punishments had been meted out, it was Prayer Time. It was required that each girl be as perfectly garbed and clean-faced at though the morning were fresh and new.
At last, Ella found herself stumbling into the study. She stared with terror at the birch being swished so menacingly through the air. The crackling twigs caused her to tense her posterior, and a sinking feeling spread within her. 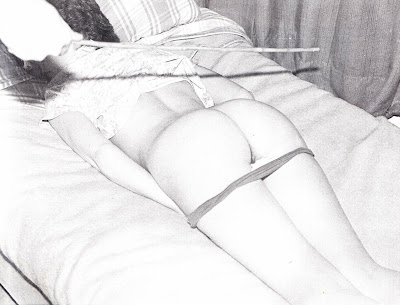 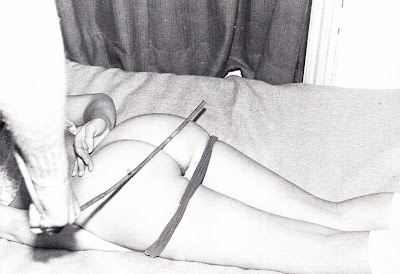 Email ThisBlogThis!Share to TwitterShare to FacebookShare to Pinterest
Labels: Roué