Story from Janus 57 by Michael Burntwood 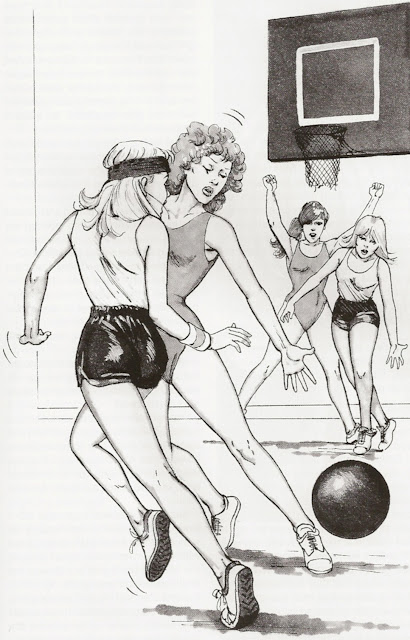 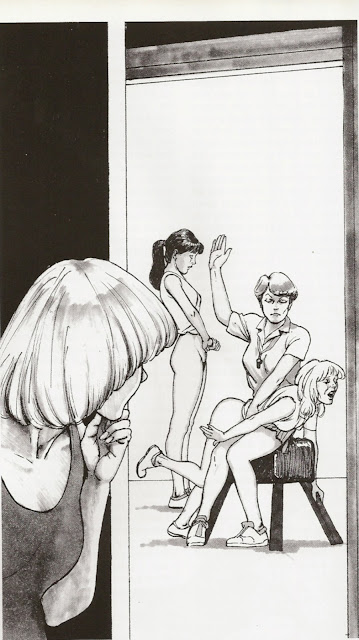 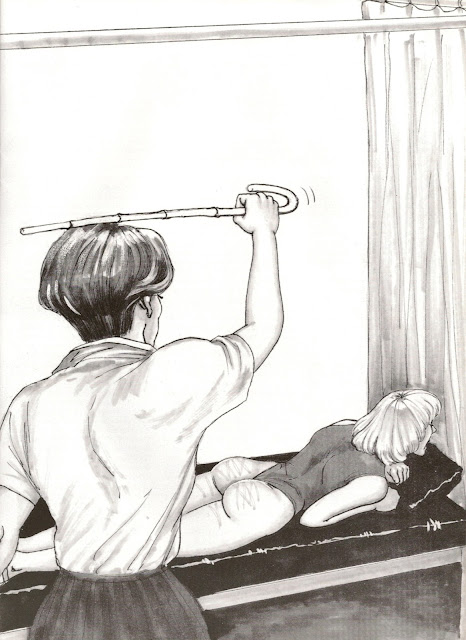 ‘There are only three more now, Madeleine. Try to be a brave girl and your punishment will soon be over.’
The three cracking whacks fell only five to ten seconds apart and Madeleine cried out, wailing from the pain each of them caused her in that part about which parents and teachers seemed to agree that girls possessed not only to sit upon.
Whimpering and shivering, Madeleine climbed off the padded bench and stood up straight when Miss Hampton told her to. Tears were flowing down her cheeks and the red, swollen tramlines across her buttocks ached and burned like fire.
Weeping, Madeleine was allowed to leave the room and weeping, she showered when she had reached the changing room. The water helped to ease the pain, but when she towelled she felt the soreness of the long, raised stripes. As she dressed, her thoughts turned from what had happened to what she had to face when she came home. Mum had asked her to hurry, but instead she was already at least half-an-hour late. She could not leave until she felt reasonably sure that people would not notice from her face that she had been weeping.
At home Mum and Aunt Doris would be impatiently waiting for her. Aunt Doris was busy making a new dress for Madeleine, and that was why the girl was expected home straight after school. Mum had reminded her once again as she had left for school that Aunt Doris was coming to try the new dress on for size. Madeleine sighed as she thought how life for a schoolgirl sometimes seemed to be so complicated. At home she would have to undress and stand between Mum and her Aunt in nothing but her underwear. Protests would be useless. Aunt Doris could not come back another day and Madeleine could not try on the new dress when she was wearing other clothes.
No knickers in the world could conceal reddish stripes decorating a pouting girlish bottom after it had been given ten sharp whacks with a school cane and on the bare too. There was also the weal across the backs of her thighs, which was not possible to hide at all. Mum and Aunt Doris were bound to notice the marks which still were red and swollen across her buttocks. Mum would almost certainly pull her knickers down to see everything. Then, amidst all kinds of exclamations, she would probably count the stripes.
There were going to be questions and more questions. How would Madeleine be able to find answers to all of them? No, Madeleine knew there would be no end to all those questions a mum and an aunt could put to a poor unhappy teenaged schoolgirl, whose bottom was still fierily tender after having just been dealt with by the cane. And why, oh why, didn’t she live more than five minutes’ walk away from school?
Posted by Fleas63 at 06:26