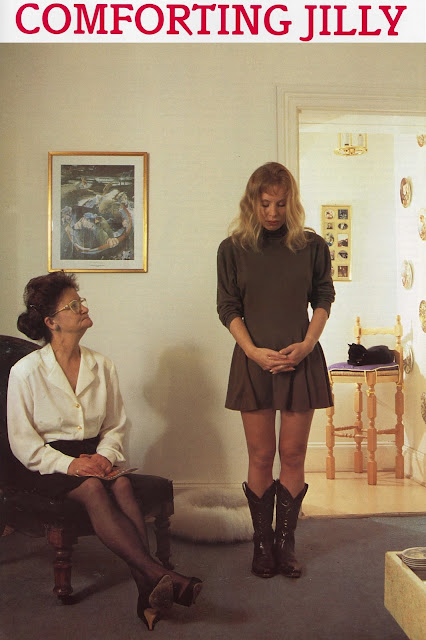 Edith Hodge is proud to call herself a spinster. Men have never been any good to her, and her two black cats are all the company she keeps. She has her council flat and her job as a cleaning supervisor, and is known for her tough, down-to-earth manner. ‘Muck me about and see what you get!’ could be her motto. But Edith is not a nasty lady, just very practical and strong-willed, and well able to cope with life’s vicissitudes. No respecter of persons, and not afraid to call a spade a bloody shovel. Unintimidated by man or woman, the big boss or her workforce. To her, Jilly Waistrose is a piece of cake. 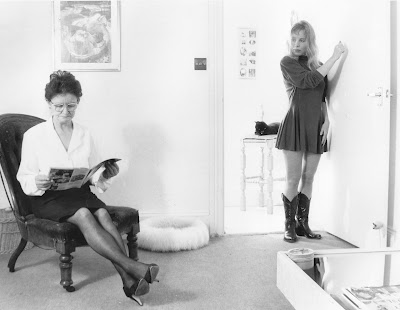 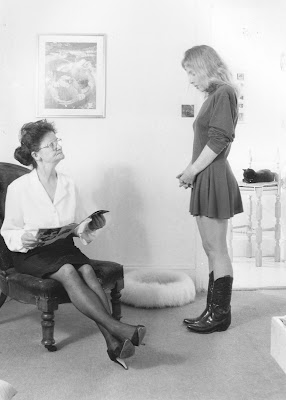 ‘You’re just a waster, girl! You don’t know what day of the week it is. If I’d had a tenth of your privileges, I’d have made something of myself, I can tell you. You’re a ridiculous creature!’ 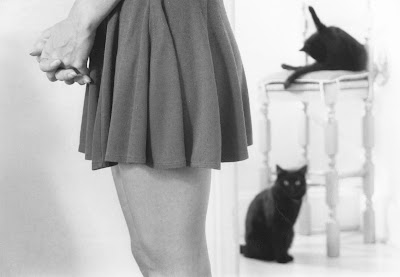 Hard words but thoroughly deserved, as Jilly had been made to realise eight years ago, when she had had to clock up a total of 200 hours’ menial work under Miss Hodge’s supervision. She hadn’t even earned a penny — let alone thanks — for scrubbing those endless hard floors on her hands and knees till every muscle in her body ached and tears of bitter self-pity dripped on to her work-surface. 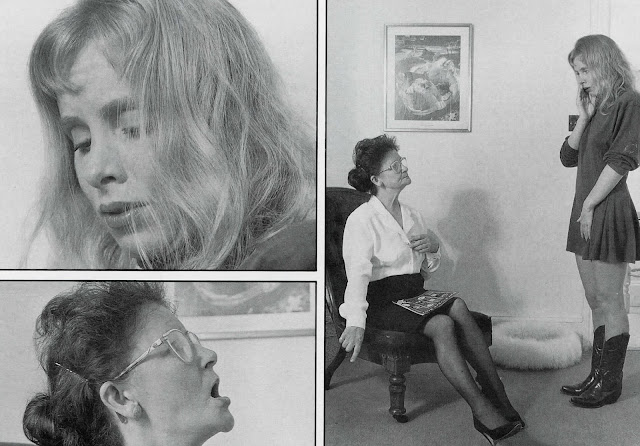 In spite of her exclusive private education, huge family home and exquisite elocution, Jilly had had a brush with authority in her early twenties (as recounted in Janus 26) and the final solution, under the direction of Miss Hodge’s crow-like squawks, had at least spared her the unimaginable ignominy of a custodial sentence. 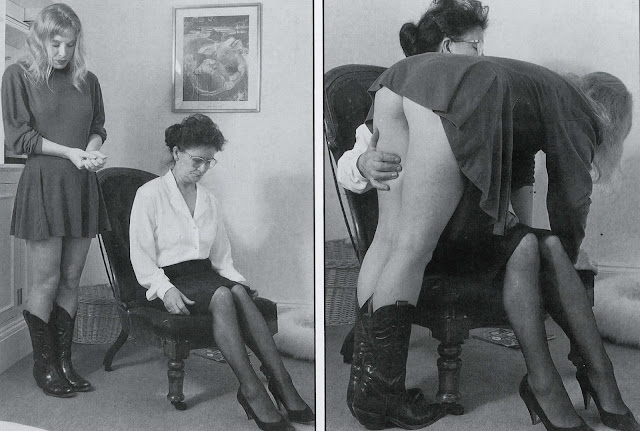 At first, Jilly had been horrified to find herself obliged to take orders from this grim-faced woman who reminded her of the gardener’s wife back home. Only she had addressed her with extreme respect, practically curtsying to her from babyhood. Not so Edith Hodge. Jilly still remembers, after all these years, how she had been snapped at when she had called her Mrs Hodge. ‘Miss Hodge, girl. Miss. You don’t think I’d make that mistake, do you? I wouldn’t wear any man’s ring — the thought makes my flesh crawl. But I’m not like you. I dare say you’ve slept about a lot, haven’t you, you dirty girl! And I bet you weren’t just sleeping, either, oh no.’ 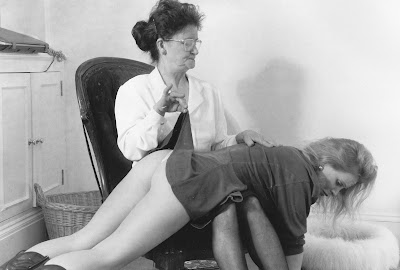 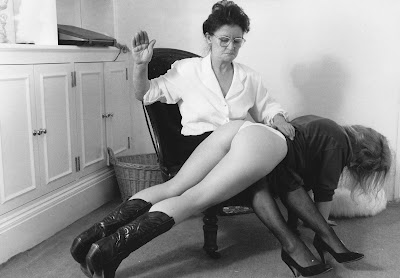 Miss Hodge had her own moral standards and hangups which Jilly could not share. Yet her forthright views were at least consistent, and allowed her to do no wrong by anyone who had not crossed her. Unlike Jilly, she left no slipstream of broken hearts and unpaid debts. She did precisely what she said she would do, and did not do what she said she would not do. She lived to work, she said, and so should everyone else. 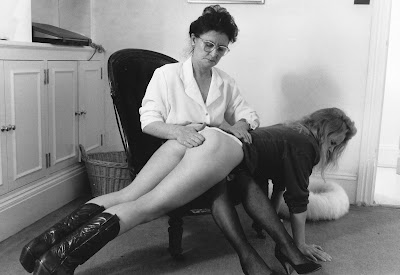 Edith Hodge had given Jilly a major reality shock. With her there were no half-truths, no ‘of course we love you, darling, we are your parents,’ no manipulation that was not absolutely honest She had put her through the mill, but Jilly had been better for it. She was old-fashioned, strict but fair, and perhaps for the first time in her life Jilly knew where she really stood with someone. Miss Hodge was trustworthy, crusty, yet somehow strangely reassuring to her in her perpetual confusion. 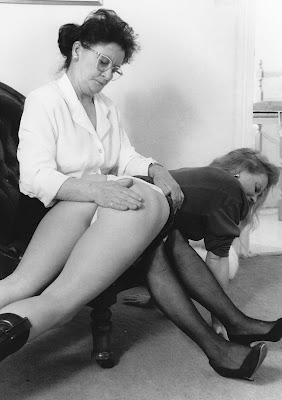 ‘Your trouble is, you never got what you should have when you were younger.’ 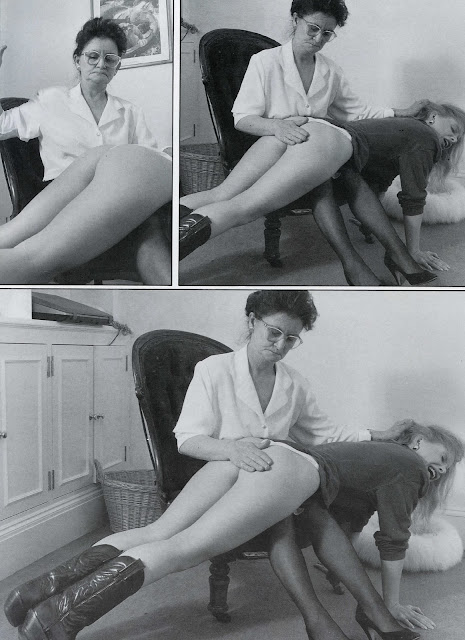 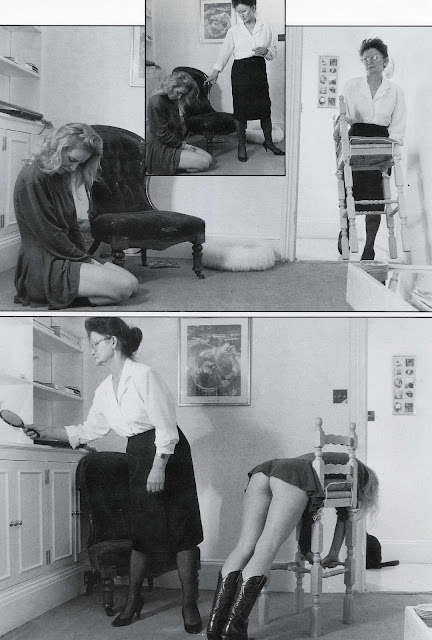 ‘That too, maybe. But I’m talking about discipline. A good smacked arse to stop you misbehaving. A spanking to buck your ideas up. You’re never too old for that, you know.’
----//---- 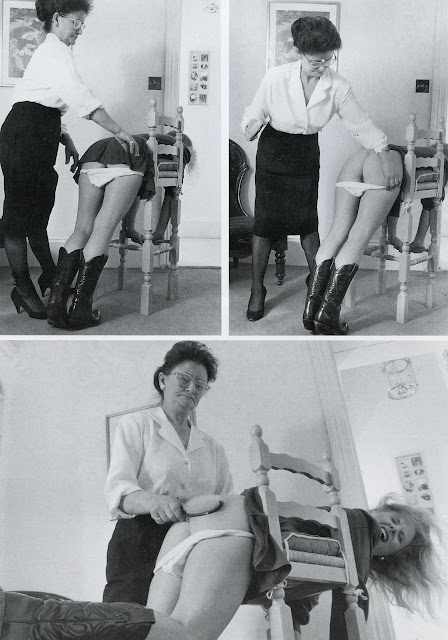 Miss Hodge had not spanked her, because the terms of Jilly’s supervision order did not encompass corporal punishment. The chastened girl had understood that Miss Hodge had truly cared for her, and felt grateful when at the end of her 200 hours the supervisor had smiled at her and given her her telephone number. ‘Keep in touch if you want. I’m always good for advice.’ 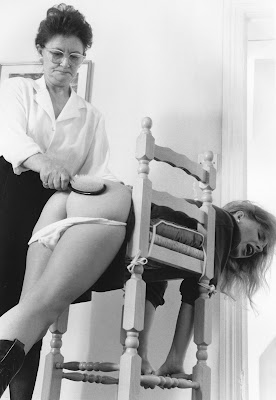 Eight years have passed, and Jilly still phones Edith Hodge from time to time. At 31, her life has changed so much. She has lived in several countries and moved in some charmed circles. She is calmer now, and more responsible. But Jilly is still the same person deep down, and will probably never get free of her self-doubts and stretched nerves. 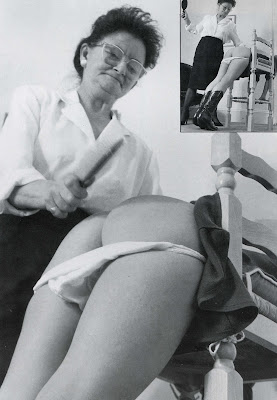 It is rather surprising that Jilly hasn’t a partner at present and is still excitingly single — she recently flew back from Australia, having changed her mind about marrying someone at the very last minute. ‘Oh Aunty Edith, I feel so guilty, I’ve really fucked up — oh gosh, sorry. He was just right for me but…’ 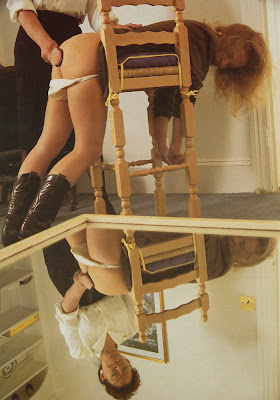 Edith Hodge is so nice on the telephone. So warm and kindly and understanding. Going to see her is another kettle of fish. That’s serious. But there is no other way for Jilly to put her mind at rest and feel again the freedom of being childish. It’s so silly really, but Jilly always knows in herself when she needs a good telling-off and a firm hand to comfort her in her lostness. Edith Hodge: ‘Don’t worry, my love. I can deal with that problem. Leave it to me!’ 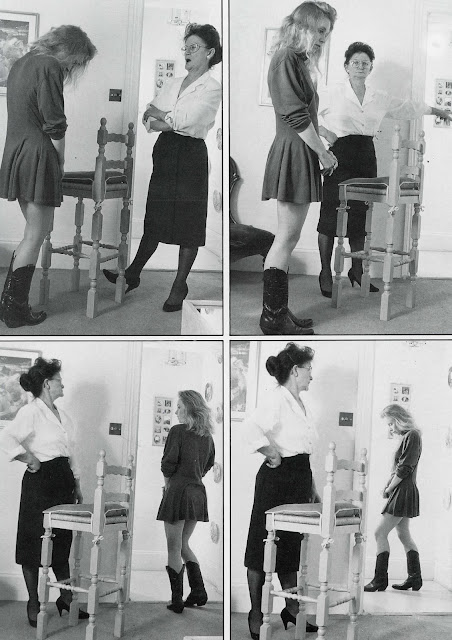