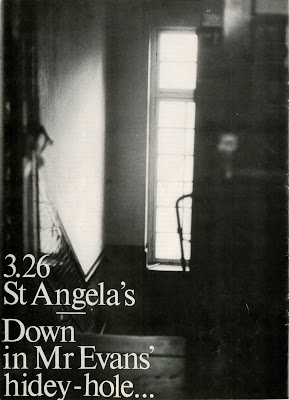 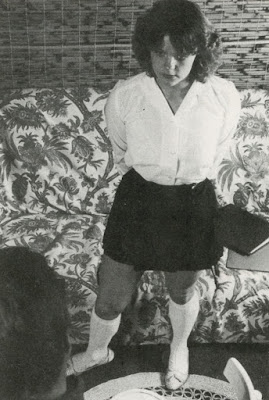 Having waited for this opportunity, I saw no reason why she shouldn’t wait too, for her spanking. 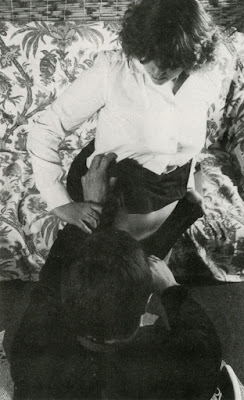 I teased her with the idea that she might yet get away without anything more than a telling-off, hearing the hopefulness in her voice as she answered me, then the fading away of hope as I mentioned knickers, and bare bottoms. 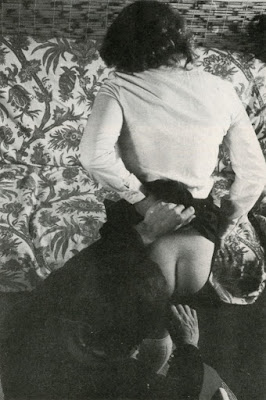 She clung on to them, but without much determination. I had her bend herself tightly, closely over my lap. Still she clung feebly to her knickers, but a sharp slapping of legs remedied that!
Her resistance was more a surrender, by its very half-heartedness.
I insisted on point-of-balance. Out-thrusting of bottom, togetherness of knees, precision of toes. 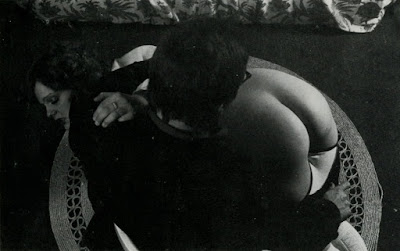 I thought the white lining of her knickers rather nice against the reddening of her thighs where I had spanked them earlier.
I caught her every time as she rocked forward then swung back to meet my hand again. 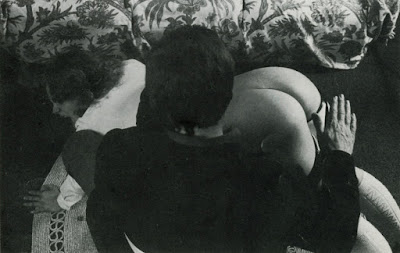 I felt her wrigglyness, melting against me.
She yelled lustily. I listened to every word, though not with the sympathy she would have hoped for. 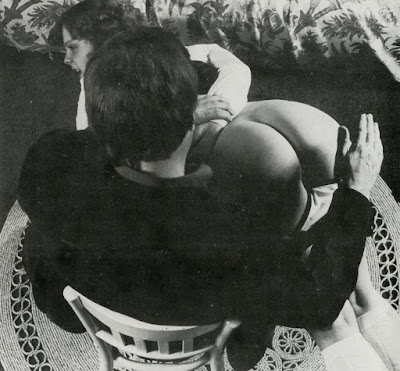 At every stage I insisted on the fullest pushing-out of her bottom, until she was a tearful huddle of girlishness, trying to do precisely as she was told and then getting spanked for having done it! After a while she got the hang of it, and then I found her obedient re-presentation of her tender bottom to the sting of my slapping less a reason to minimise her punishment than to prolong it! 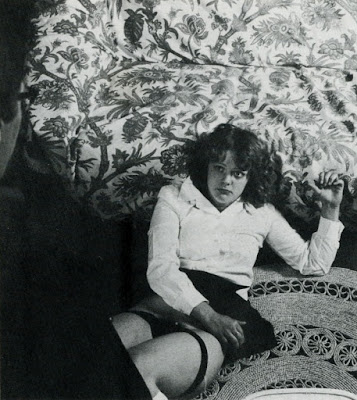 Resentful respect in her tear-laden eyes. 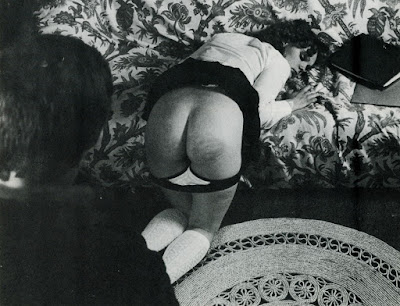 Smacked bottom, reddened and rueful. She and her bottom altogether humbled. 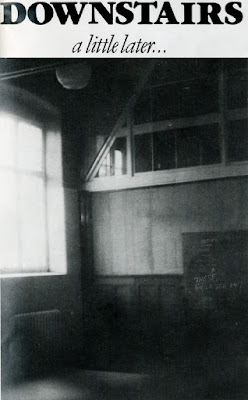 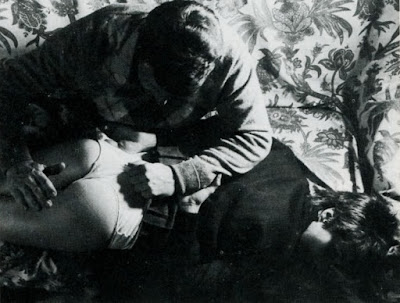 She felt the nip of her knickers being pulled tight up between her cheeks. She mewed some plaintive protest… 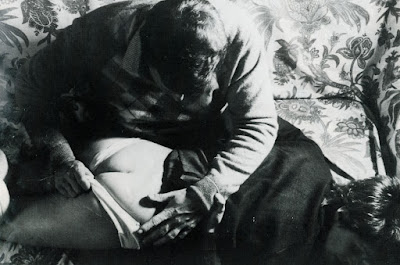 Warm and vibrant bottomness sprang out cheekily in the wake of the descending knickers. 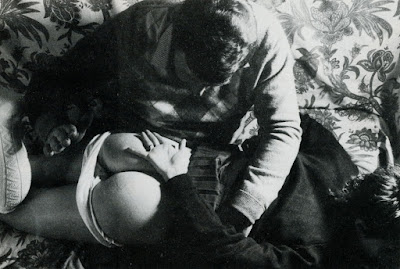 A bottom which was small and neat. Rounded certainly, but more than round; it was distinctly palm-of-the-hand shaped! 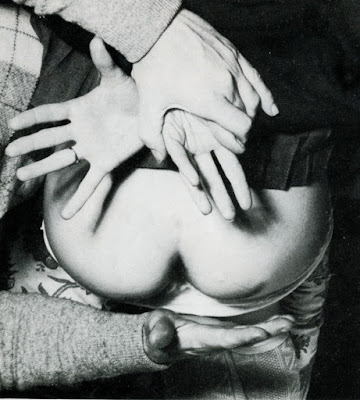 I had to catch her hands from time to time, to stop her reaching back to protect her trembly bottom.

She tensed across my knees, unconsciously pushing her solid mound against my leg. 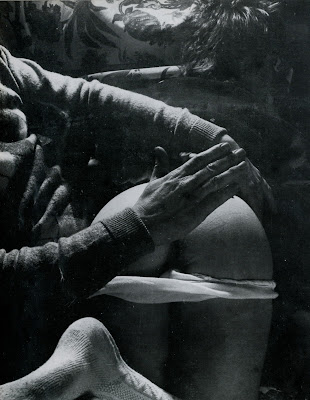 She scissored her legs this way and that while I spanked her and wondered how long I should be able to resist that dark little recess just above the line of her lowered knickers…
Posted by Fleas63 at 08:11