An excellent story from Roué 17 with some lovely illustrations. Sadly the last in the Mr Dupont series. 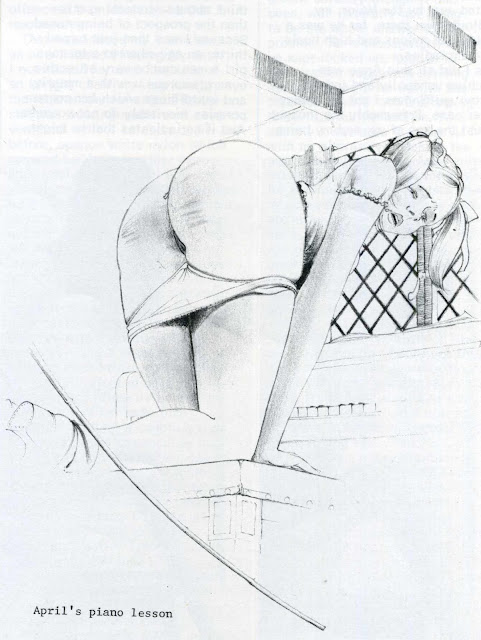 The first part of this story appeared in Roué 12 under the title; ‘Oh to be in April...’, wherein Mr Dupont, teacher of pianoforte and other instruments, persuades young April’s mum that his cottage in the country would be a much safer place in which to pursue her studies than London in the autumn of 1939. 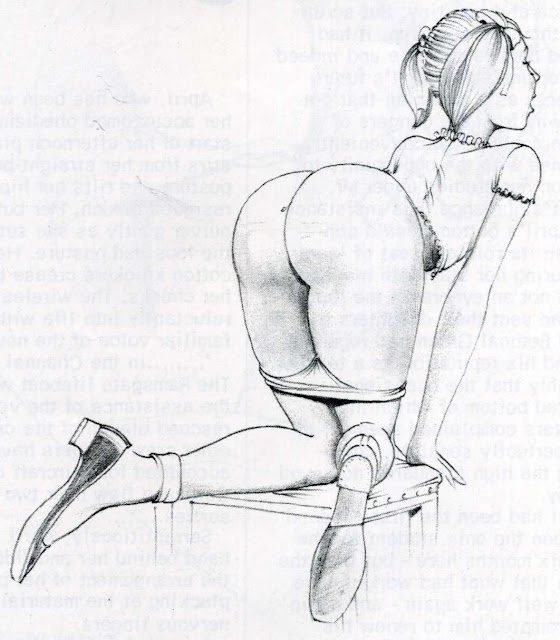 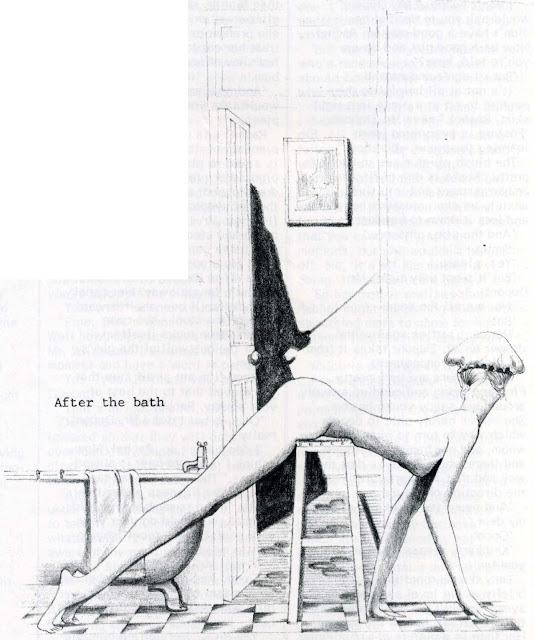 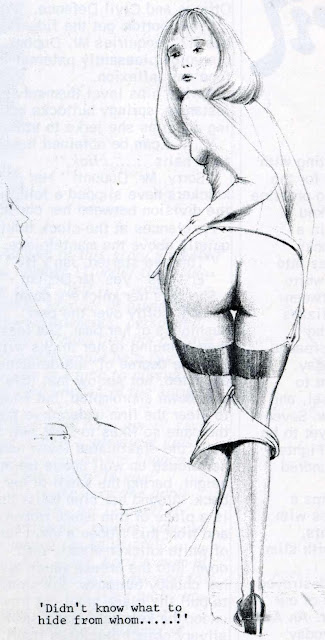 ‘And now — the knickers, please, my dear.’
‘Ooooh —.’
‘Knickers, please — I shan’t tell you again —.’
They descend haltingly, clinging briefly at hip level as though in sympathy with the girl’s reluctance to bare herself before the two men. Her face is a picture of unbelieving distraction as she seeks reassurance first from her employer, where she finds nothing but guilty smiles of encouragement and shifty-eyed glances which run down over her body and thighs. She turns to Mr Dupont, lips moving soundlessly as she struggles to find the words.
‘P-please, Mr Dupont — I — I haven’t done anything to d-deserve —.’
‘No, of course you haven’t, my dear. Nothing at all — it’s simply that I’d like you to become acquainted with the procedure should the need to punish you ever arrive.’
‘But — but —.’ She stumbles for more words but they refuse to come to her assistance. One hand huddles at the base of her belly, stray blonde wisps breaking cover here and there, while, perhaps out of deference to the presence of the cane in Mr Dupont’s hand, or perhaps because it is simply less embarrassing that Albert should be allowed to see her bare bottom than that he should catch a glimpse of anything at the front, she prefers to face her tutor and treat her employer to an unobstructed view of her pert and pretty bum.
‘And now, my dear, perhaps you would take your seat at the piano.’
Rachel sits on the stool and a piece of music is produced. She is asked to play it, as a test piece. Her playing is truly dreadful, not unexpectedly in the circumstances. When she finishes, Mr Dupont circles the piano and stool with an expression of intense concentration on his face. He stops conveniently a little off to Rachel’s left — about a cane’s length away. Her cheeky buttocks spill over the rearward edge of the stool — the cane hovers, then tucks itself up under the outswell of the girl’s bottom.
‘Now — I’m not at all sure that you played that to the best of your ability, Rachel.’
‘Ooh — b-but I d-did Mr Dupont, really I —.’
‘I don’t think so, Rachel. Now, I think I’d like to hear it played again —.’ The cane tap-tap-taps against the firmness of her buttocks. ‘— and remember, you told me that you would do your very, very best. Do you recall saying that to me, eh?’
‘Y-yes, Mr Dupont —.’
‘Good. And do you remember me saying that caning is only for girls who don’t do their very best — hmm?’
‘Yes sir —.’ Her calling him ‘sir’ is rather sweet, he thinks. She’ll be allowed to continue to call him ‘sir’.
‘Well done. Now — let’s hear that piece again, and this time play it as if you really mean it.’
‘Yes sir —.’ The threat — or as both Mr Dupont and Albert know it to be, the promise — of a caning does nothing for Rachel’s ability to play the piece any better than the last time. It wouldn’t have mattered if she had played it better. Hers is one little bottom which is there to be caned, and caned it will be!
And, of course, caned it most certainly is. 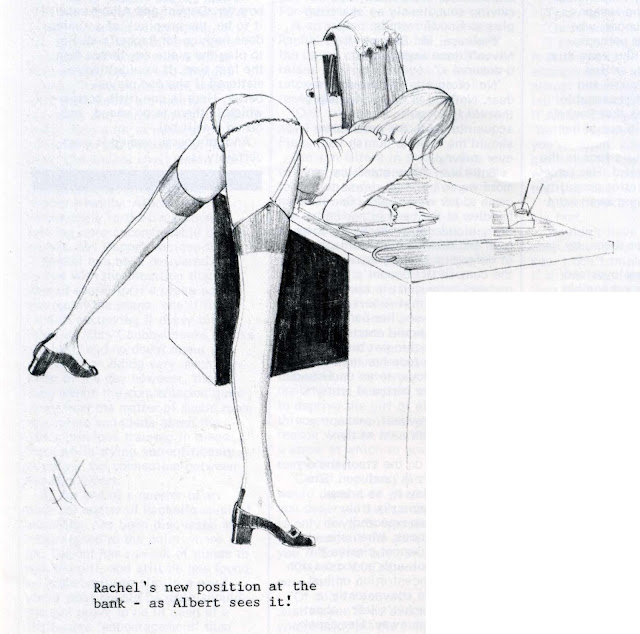