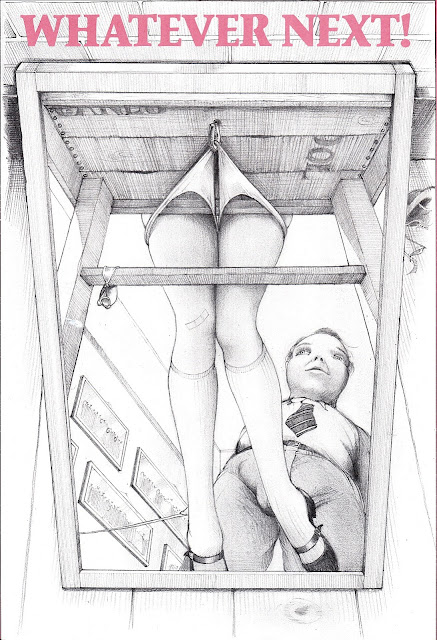 Approaching the school from the village, the visitor’s first sight of the main building is across a wide expanse of gently-sloped grass, vibrantly green at this time of year, setting off the red brick building against a distant background of dark coniferous trees. This older part of the school is in the shape of a capital ‘I’, the long downstroke being aligned east/west so that the windows facing the road have a southern aspect, while the cross strokes at either end of the central body face east and west respectively. A long drive, scrunchy with raked gravel, leads to the main entrance, a tastefully pillared portico at the top of a flight of low steps, midway along the southern face of the building.